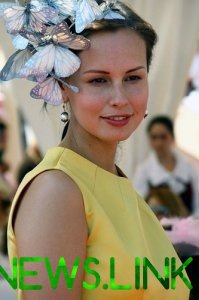 Forbes magazine has made a new ranking (TOP 20) the heirs of Russian billionaires, the first two lines which won Yusuf Alekperov and Victoria Mikhelson, respectively.

According to Forbes, on April 16, 2020 Russia, there were 103 billionaires with a combined fortune 439 billion. If this amount is divided equally by the total number of their children (281), they, too, are billionaires with an average score of 1.56 billion dollars. In fact, the amounts vary from 18 billion in a family of the largest shareholder of “LUKOIL” Vagit Alekperov to 188 million dollars — so much falls on each of the six children of Vladimir Lisikova developer, the owner of the group “Slavic world”.

The richest heir ($18 billion) was again Yusuf Alekperov (born in 1990), only son of Vagit Alekperov. Yusuf, according to the father, will never lead his company. He finally retired from “LUKOIL” in 2018, and began his business started to produce energy drink Plan B. For incomplete 2018 net profit of LLC “Plan B” amounted to almost 3 million rubles. In September 2019, he registered a second company — OOO “Digital technologies”, which deals with advertising. His wife Alice is also a business for her travel Agency Travel in January 2020 was sent to Rwanda TV presenter Ekaterina Andreeva, who was delighted and boasted in Instagram your Breakfast with a giraffe. 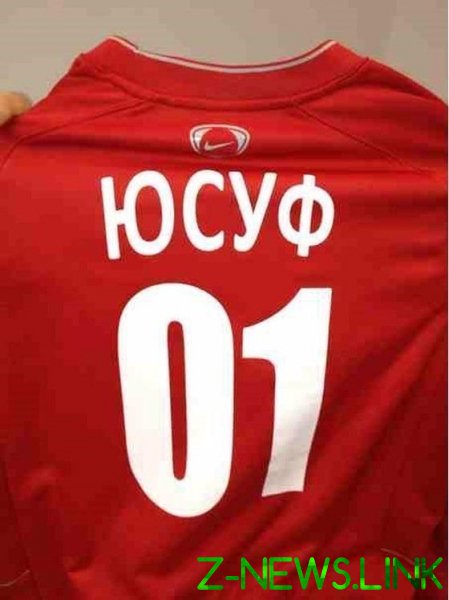 On the second place — children Leonid Mikhelson, the main owner of companies NOVATEK and SIBUR. Victoria Mikhelson born in 1992 and studied art history at new York University and in 2016 is included in the Board of Trustees of the New Museum. Victoria acts as a project Manager in Fund of support of young Russian artists “Victoria — Art to be modern” (V-A-C Foundation), founded by her father. In 2020, she joined the expert Council of the VII Moscow international Biennale for young art. She also owns Specialized endowment Fund for support of culture and art “Expansion of space”. Her younger brother (2015 year of birth) with a young mum and dad can be seen, for example, in the restaurant Semifreddo is now once. For each child Michelson has 10.1 billion dollars.

The seventh line of the richest heirs take the children of Gennady Timchenko, a neighbor of President Vladimir Putin’s dacha cooperative “Lake” and the co-owner of NOVATEK and SIBUR. The eldest daughter Natalia Timchenko studied literature at Oxford. After returning to Russia, according to sources of Forbes, began movie. Xenia Frank (1985) graduated from the University of Edinburgh, studied philosophy and French. Her husband Gleb Frank, the son of the CEO of “Sovcomflot” Sergey Frank. The couple are raising two sons. Ksenia works in the Charitable Foundation Elena and Gennady Timchenko. She, like parents, have Finnish citizenship. In 2013, President Putin awarded the Xenia and her mother the order of Friendship for strengthening cooperation with Russia. The youngest son Ivan was born in 1995 in Helsinki, studying international relations at the University of Geneva. For each child Timchenko has 5.8 billion dollars.

In eighth place — children of Viktor Vekselberg, which is under sanctions of the owner of group of companies “Renova”. Son Alexander (1988) is a US citizen by birth. He graduated from Yale University, like his older sister, Irina (1979), and has since lived in new York. Engaged in venture investment American Columbus Nova owns car dealerships Algar Ferrari in Philadelphia, and Stewart’s Classics in Denver, serves on the Board of Directors of the company RSE Markets, administering startup Rally Rd. (collective investments in collectible cars). Irina in 2002, lives in Moscow with her two children and husband Salavat by Rebbeim, founder of Trilogy Capital Group. Until 2009 she worked at the SUAL and “Renova”, and today calls himself self-employed. For each of the children Vekselberg accounted for 5.5 billion dollars.

12 place the children of the second largest shareholder of “LUKOIL” Leonid Fedun. Son Anton (1985) — the London hotelier and restaurateur, he graduated from the University of Surrey with a degree in “management and tourism” and business-school Regents. In February 2019, has opened its second luxury hotel Empire square West & Mercer. First — The Ampersand Hotel (London) has been operating since 2012 and is famous for its high cuisine. Sister Catherine (1988) studied at MGIMO, and in the same Regents. In 2014 she married Johan Geraskina, technical Director of FC “Spartak” (to October 2018). Son-in-law of the owner of “Spartacus” with the son of billionaire Boris Zingarevich Anton the newly founded sports Agency. His clients were five players of CSKA. For each child Fedun accounted for $ 3.8 billion.

16 — five children of the founder of “Alfa Group” Mikhail Fridman. Senior Laura (1993) while studying at Yale danced in the ballet troupe Yaledancers, now dancing in Israel national ballet. Kate (1996), after graduating from Yale, he stayed in new York. Since September 2019, the Manager at The Commission for Art Recovery, the company returns to the Jews stolen by the Nazis art. Son Alexander Egelsky (2000) graduated from the British school of Glasgow and returned from London to Moscow. Because of the coronavirus, he decided to defer admission to a business school stern (USA) and closely engaged in business in 2019, with partners, has created a SF Development, started with the supply of gum Love is… in the trade network. Nick Orzelska (2006) living and studying in Moscow. Last year Friedman was born another daughter, whose name is unknown. For each child Friedman has 2.8 billion dollars.

19 — children longtime partner of Friedman in “Alfa Group” German Khan. The eldest daughter of co-owner LetterOne Eva (1995) in 2019 gave birth to her second child, a girl. Her first-born Boris two years old. Eva’s husband, a Dutch lawyer Alex van der Tsvan, until 2017 worked at the law firm Skadden. In April 2018, he was sentenced to 30 days in prison for making false statements to the FBI about his ties to Rick gates, a partner of the former head of the campaign of Donald trump Paul Manafort. Because of this he lost his law license and in the UK. The youngest daughter of Herman Khan, Eleanor (2001) this year was supposed to dance at the prom in Wellington College. Instead, she along with the entire family isolated in Moscow, waiting for the end of the pandemic. Khan has two sons — 2005 and 2012-th years of birth. All four children of the former owner of TNK-BP accounted for $ 2.8 billion.

Just in the Forbes list are 20 families of billionaires, where every child has at least 2.25 billion dollars. The total number of children in these families — 51. The composition of the ranking compared to last year has changed. There were five new members of the two families, a son and two daughters, the Senator from Dagestan Suleiman Kerimov plus the son and daughter of the principal owner of “FosAgro” Andrey Guriev. They gave place to the children of Aven — this year was more of the Chairman of the Board of Directors of “Alfa-Bank” there was a third child, a son Philip. Another place lost to the son of the principal owner of TMK and Sinara group Dmitry Pumpyansky, Alexander — in this year of his potential inheritance amounted to 2.1 billion dollars.

The rating methods remained the same: it is taken as a billionaire and is divided into all recognized children. Forbes does not take into account in the calculation of the marital share. Also not taken into account the statements of the members of the list, in particular Mikhail Fridman and Vladimir Potanin, that a lot of money to their children they are not going to leave and all his billions will give to charity.