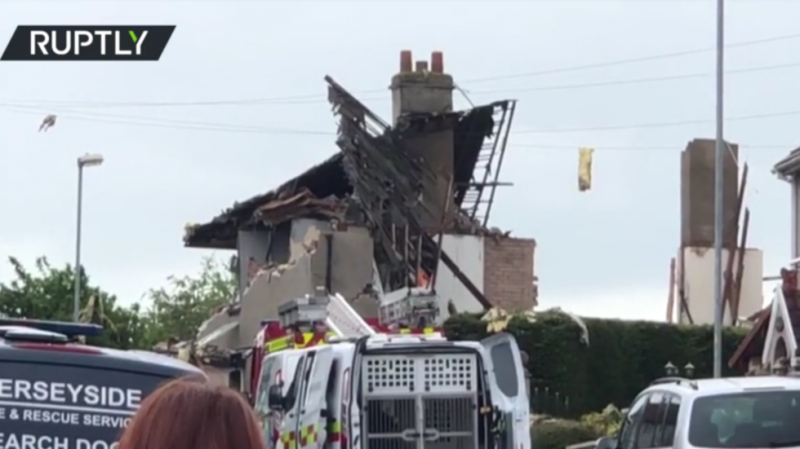 A major incident was declared in the early hours of Sunday after an explosion ripped through several properties in Heysham, Lancashire. Lancashire Fire dispatched 10 fire engines to the scene and began searching the area for survivors. Two houses collapsed from the suspected gas explosion, while a third was badly damaged, Lancashire Police said. A young child was killed in the accident, and four people were injured, two seriously, the force disclosed.

The local power provider said it was halting electricity supplies to the area while the blast was being investigated.

Footage from RT’s Ruptly video agency shows numerous emergency vehicles at the scene, with one of the destroyed homes visible in the background. The building’s roof was blown away, as well as most of the walls, leaving a chimney exposed.

Authorities have cordoned off the area and nearby residents have been evacuated as a safety precaution.