Child abduction in Kiev: shocking facts about the criminal 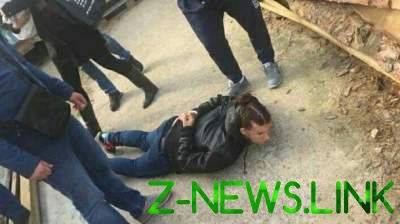 According to relatives, the girl was always weird.

Relatives of the kidnapper of the child in Kiev Daria Litovchenko told about her character.

According to him, it was always weird, but what pushed her to take this step, he does not know.

“What can I say, we never understood her intentions in life. She always gave dual information. Many were lying at the time. Why she did it, I don’t know,” said Kachurovskii.

See also:  In Zhytomyr region the mother beat to death a newborn baby

Recall, 20 October in a call center of Obolon police Department received a report from a local resident about the fact that he’s in kindergarten, kidnapped child. At the specified address urgently there arrived militiamen.

At the scene police found that the man came along with a two-month baby in daycare, to pick up eldest daughter. He left the stroller with the girl under the stairs on the first floor of the building, and he left the group. When in a few minutes they returned, they found an empty carriage without a portable basket.

See also:  Accident in Kiev: overturned vehicle, there are victims

On 21 October the Minister of internal Affairs Arsen Avakov said that the attackers – a girl and a boy – militiamen detained in Vyshgorod.

In turn, the adviser to the interior Minister, MP Anton Gerashchenko told about details of detention of kidnappers.