Home / Society / Child abduction in Kiev: one of the defendants in the case were released

Child abduction in Kiev: one of the defendants in the case were released 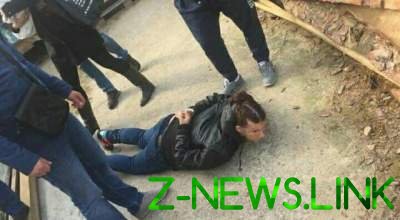 Law enforcement officials released a roommate Dianne Shawl, which is suspected of kidnapping the child from the kindergarten Obolon in Kiev.

This was stated by the representative of the press service of the Prosecutor’s office of Kiev Olga Postoliuk.

According to her, the investigators found no evidence of involvement in the crime of a young man named Ruslan. So, after questioning and giving explanations the young man was released, on the suspicion he had not declared.

See also:  Saakashvili was seen in "Borispol" with his wife and child

Currently, the only defendant with the procedural status of a suspect in the “case of the kidnappers” 20-year-old Dayana. Last week, the Obolon district court of Kiev chose it as a preventive measure-house arrest. The prosecutors say that the girl’s lawyer did not challenge the verdict on appeal.

“As of Monday morning such information to us did not arrive”, – said Olga, Postolyuk

See also:  State of emergency in Kryvyi Rih: a fire killed a child