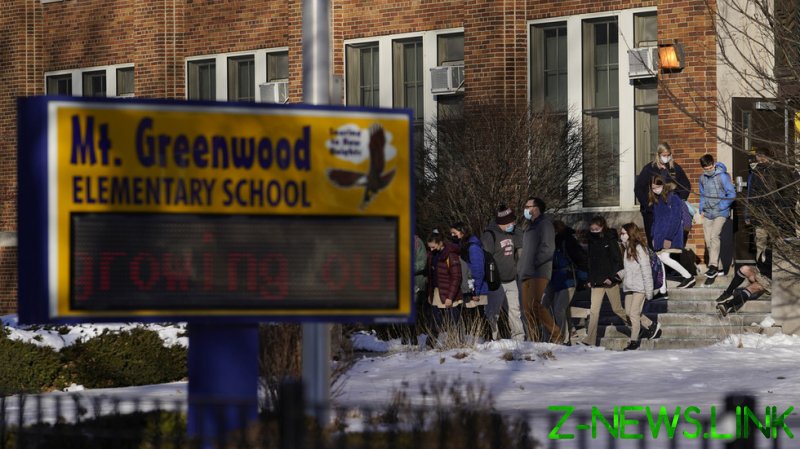 Chicago public schools are set to continue in-person classes after the city’s teachers union backed a plan with the local school district to establish new pandemic safety measures, ending a standoff that lasted nearly a week.

The Chicago Teachers Union (CTU) House of Delegates voted to resume face-to-face learning on Monday, suspending a labor dispute that led educators to refuse to give lessons in person starting last week. Under the new plan, schools will reopen on Wednesday.

In exchange for returning to work, the Chicago school district agreed to set up guidelines to help determine when particular schools should revert back to remote learning, which will be based on the number of staff and student absences caused by Covid-19, as well as whether there is currently a high level of viral transmission in the community, according to the Chicago Tribune.

Mayor Lori Lightfoot – who had vocally resisted a recent push by the union to return to full remote learning – celebrated the decision later on Monday, hailing in-person classes as “far superior to the remote programming our students had to endure for far too long last year.”

“No one wins when our students are out of the place where they can learn the best and where they’re safest,” she said.

Though Lightfoot had previously accused the union of abandoning students by declining to show up to work, CTU President Jesse Sharkey insisted the mayor was “relentlessly refusing to seek accommodation” for teachers still concerned about the pandemic. The body urged the city administration to “at last commit to enforceable safety protections centered on the well-being of our students, their families and our school communities.”

The Chicago public school district was adamant about avoiding a shutdown of in-person sessions, with CEO Pedro Martinez saying, “I am not closing the schools” regardless of how the union voted last week, also condemning any work stoppage as an illegal strike. On Thursday, a group of local parents filed a lawsuit against the union.

The Windy City has seen a sharp spike in new coronavirus cases in recent weeks, likely due to the rise of the more transmissible Omicron variant.