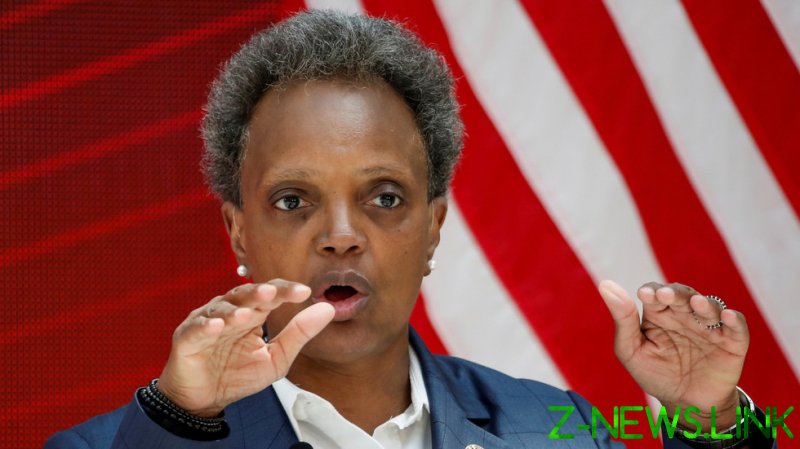 Government watchdog Judicial Watch filed the lawsuit on Thursday in US District Court in Chicago on behalf of DCNF and reporter Thomas Catenacci. The plaintiffs alleged that Lightfoot violated Catenacci’s rights to freedom of speech and equal protection under the law when she denied him an interview on the basis of his skin color.

Lightfoot’s office didn’t respond to three interview requests that Catenacci made between May 20 and May 24, the lawsuit alleged. The mayor announced on May 19 that she would do one-on-one interviews only with “journalists of color.” She complained of an “overwhelming whiteness and maleness” of the Chicago press corps and said she found it “unacceptable” that there were “zero women of color” assigned to cover City Hall.

Judicial Watch said Lightfoot’s policy began on May 18, when her office informed multiple reporters that she would grant interviews “only to black or brown journalists.” Since then, she has granted at least one interview to a Hispanic reporter and none to white reporters.

The lawsuit asks the court to order Lightfoot to give Catenacci an interview and pay legal costs.

Mary Ann Ahern, a reporter for NBC’s Chicago affiliate, told media outlet The Hill that Lightfoot’s communication director complained of white reporters getting most access to the mayor. Three of six reporters assigned to cover City Hall are white, and none of the non-white reporters is female.

Lightfoot took office in 2019, emphasizing that she was the city’s first black female mayor and its first openly gay mayor.

Chicago Tribune reporter Gregory Pratt, who is Hispanic, said last week that he had successfully booked an interview with Lightfoot but “respectfully canceled” after her office refused to drop its race-based policy. “Politicians don’t get to choose who covers them,” he said.