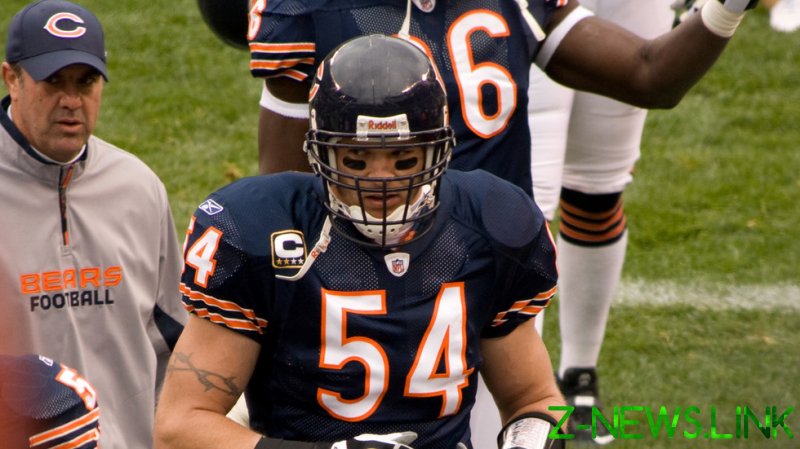 Urlacher contrasted the toughness of former Green Bay Packers quarterback Brett Favre with the actions of NBA players, who refused to take the court after a black man was shot in the back seven times last Sunday by police in Kenosha, Wisconsin. He posted an image on Instagram Thursday with the message: “Brett Favre played the MNF (Monday Night Football) game the day his dad died, threw 4 TDs in the first half and was a legend for playing in the face of adversity. NBA players boycott the playoffs because a dude reaching for a knife, wanted on a felony sexual assault warrant, was shot by police.”

The former linebacker also “liked” an Instagram post calling for Kyle Rittenhouse – the 17-year-old charged on Thursday with first-degree murder and attempted homicide for killing two protesters in Kenosha and injuring a third on Tuesday night – to be freed. Supporters, such as Republican Congressman Paul Gosar and actor James Woods, argued that videos of the incident show Rittenhouse acted in self-defense.

But the Bears moved quickly to denounce Urlacher, who made the Pro Bowl eight times and led the team to a Conference championship during his career. The team issued a statement Thursday night saying, “The social media posts in no way reflect the values or opinions of the Chicago Bears organization.”

The statement didn’t specify which values were violated by Urlacher, who has previously criticized turbulent BLM protests across the US as “acts of violence against our country.”

The Bears’ rebuke of Urlacher came the same day that the team canceled practice “to voice to each other, our coaches and our staff where we stand on the real issues around race and police brutality in our country.” On Tuesday, they issued a statement on the Kenosha police shooting of Jacob Blake, which it decried as “yet another instance of a police officer using excessive force against a black person.” Some fans reacted angrily on Twitter, saying they would no longer support the team.

One of the team’s current players, running back Matt Forte, wrote on Twitter that Urlacher’s comment was “void of empathy, compassion, wisdom and coherence – but full of pride and ignorance. I pray for those who have been blinded by their wealth, privilege and earthly fame that breeds arrogance in their hearts.”

The Urlacher controversy came the same day that the University of Notre Dame disavowed Lou Holtz, the last coach to lead its football team to a national championship. Holtz got into hot water with his former employer for calling Democratic presidential candidate Joe Biden a “Catholic in name only.” The Catholic university’s president, the Rev. John Jenkins, rebuked Holtz for questioning the sincerity of Biden’s faith.