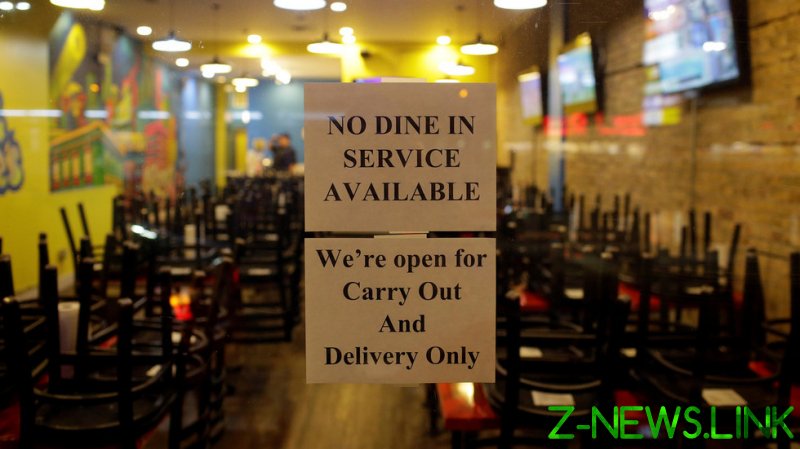 After being exposed on Monday in a local blog called Second City Cop, Tunney admitted in a Chicago Sun-Times telephone interview that he had violated the governor’s order by secretly serving a few of his regular customers. “We have, on occasion, sat regular diners in the back of the restaurant,” he said. “It’s not OK. I made a mistake, and I’m owning up to it. I should not have sat regular customers in my restaurant whatsoever.”

Tunney hung up when pressed by the reporter on how many customers he had served. He later issued a statement, saying, “On a sporadic basis, we have allowed a very limited number of our regular diners to eat inside the restaurant while observing social-distancing and mask-wearing rules. This was an error in judgement and won’t happen again.”

Tunney’s chain of Swedish restaurants, called Ann Sather, has three dine-in locations in Chicago. Second City Cop described a visit to one of the restaurants. Just as in a Prohibition-era speakeasy bar, customers in the know enter the restaurant and ask if they can be seated. Empty chairs and tables are stacked in the main dining room. But approved customers are guided to a “VIP room” that can’t be seen from outside. Second City Cop saw more than a dozen customers seated in the room.

Chicago restaurants have been banned from offering indoor service since late October – essentially a shutdown order for fine-dining establishments in a city with chilly and windy weather. The shutdown is the second since the Covid-19 pandemic began and was ordered amid a surge in new virus cases. Even before the latest ban, the Illinois Restaurant Association warned that up to 85 percent of the state’s restaurants could be closed permanently because of damage caused by the pandemic.

Tunney becomes just the latest in a long line of public officials who have been caught not following Covid-19 restrictions imposed by local and state governments on everyone else. That his rule-breaking comes amid a struggle for survival in the restaurant industry may add to the sting. It doesn’t help, either, that he has been a chief stumbling block to allowing food trucks to operate in the city without adopting measures to “protect” brick-and-mortar restaurants.

“One truck owner just texted me stating he is blind with rage at Tunney after hearing about the indoor dining violation,” tweeted Ashok Selvam, editor of Eater Chicago. “He writes Tunney made owning a food truck a pointless endeavor.”

Another local journalist, Martha Bayne, pointed out that when everyone thinks they should be an exception to the rules, no one winds up adhering to Covid-19 orders. “Everyone everywhere thinks they are the exception, which makes them all the norm, which means we’re utterly f**ked,” she said. “Also, f**k you, Tom Tunney.”

Progressive activist Brian Burns called Tunney’s actions “a gross abuse of power.” Another observer agreed: “Sick of politicians and their double standard. I don’t care what side of the aisle. This is embarrassing. Can’t follow the rules, then get voted out.”

The city’s department of Business Affairs & Consumer Protection is reportedly investigating the incident. In true speakeasy fashion, one of Tunney’s employees said, “Someone ratted us out.”