The acclaimed action series “Chernobyl: exclusion Zone” returns to the small screens. The show was replaced by TNT on TV-Z, but the concept remains the same: a bunch of the main characters trying to prevent a global catastrophe. In the first season it was about the accident at the Chernobyl nuclear power plant, but now trouble came to America.

From the official announcement:

“Chernobyl 2. Exclusion zone” became the first Russian TV series, filmed in Hollywood with participation of popular American actors, and its action takes place in the US, where the explosion at the nuclear plant formed a giant exclusion Zone, populated by criminals – the state has plunged into chaos of civil war. Before one gets into this territory, the question of life and death – or the question of the struggle for personal freedom against the dictatorship of violence. And themes, and style of the project refer to the best examples of the post-apocalyptic genre in movies such as “Mad Max” or “28 days later”.

On continuation we wrote in the beginning of the month when I got the poster and the trailer. Today, the Network appeared in another trailer, and the Zone Horror right there. Check it out. This looks really good, so there must be at least not boring. The first season can present a number of claims, but, at least, to watch it was really interesting.

See also:  In anticipation of the trailer, remember the "It" in 1990, the year 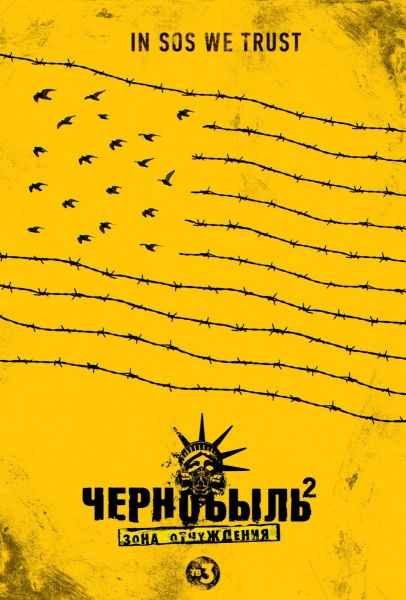