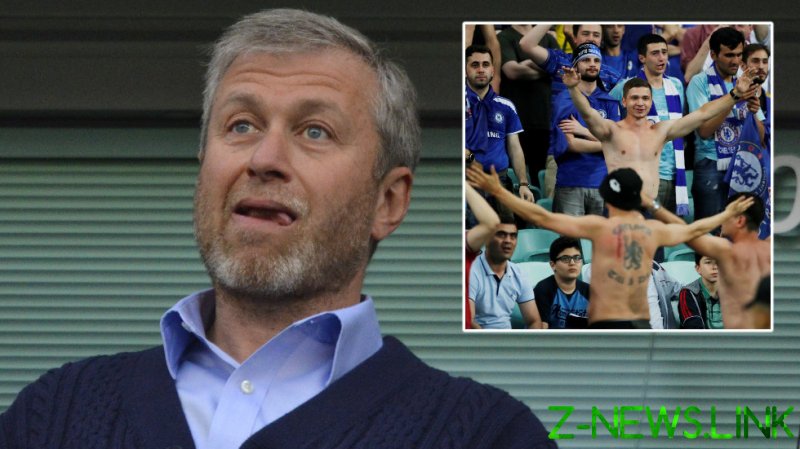 After withdrawing his visa application in 2018, the Russian owner, who is an Israeli citizen, has not seen the Blues play anywhere in the UK, making it unlikely that he would have been at the showpiece had many fans been obliged by the match being moved to Wembley.

Yesterday’s announcement has made it likely that Abramovich will cheer his men on at the Estadio do Dragao on May 29, UK media accounts have said – but fans are hugely frustrated and disappointed at the choice of venue for the last-minute redirection.

Tickets, flights and hotels are at a premium in terms of availability and prices, with many supporters feeling they have been put last by UEFA.

With both teams allocated just 6,000 tickets and offering one-day travel packages on charter flights, there is confusion over bubble plans and non-official travel while Portugal has extended a ‘state of calamity’ until May 30.

Attempting to clear up some of the row, Portugal’s cabinet affairs minister Mariana Vieira da Silva has said that supporters are scheduled to “come and return on the same day, with a test done, in a bubble situation, on charter flights”, and be in her homeland for “less than 24 hours”.

As UEFA has been in “high-level” talks with her fellow ministers, though, Silva is also confident that more clarity will be given over the weekend to stressed football enthusiasts still unable to make solid plans for the season-ending spectacle.

“If UEFA truly cared about fans, it would have moved the final to Wembley or acted quicker,” Times football writer Henry Winter told his Twitter following of more than 1.3 million, highlighting that the cost of flights to Porto from the UK have been “rising all week”, approaching $850 before considering accommodation or match tickets.

“Fans [are] having to second-guess UEFA and gamble in hope of a decent deal.

“UEFA have to think more about fans, especially having thanked them for derailing the European Super League.”

There is said to have been better financial news for Chelsea’s impressive new German boss, Thomas Tuchel, who is said to be preparing to spend a $211 million war chest afforded to him by Abramovich.

In the window leading up to the current season, his fired predecessor, Frank Lampard, spent $356 million on the likes of Tuchel’s compatriots Kai Havertz and Timo Werner, plus Ben Chilwell, Edouard Mendy and Hakim Ziyech, who the former PSG boss has trusted in his run to the FA Cup and Champions League finals.

But even though he will be given less than Lampard, Tuchel’s kitty is still nothing to be sniffed at and could be used to land the likes of Borussia Dortmund sensation Erling Haaland.

City and Barcelona also keen on the Norwegian, so Chelsea could look to England ace Harry Kane and Romelu Lukaku, who have also been linked to Stamford Bridge.

Bayern Munich’s Niklas Sule has been tipped as a potential purchase to improve Tuchel’s backline, with Tuchel thought to be eager not to kick up a fuss if things don’t go his way in the transfer market, which is thought to have led to problems which saw him relieved of his post at the Parc des Princes at the end of last year.

“Transfer periods can be mood breakers,” he claimed at his pre-match press conference before the 1-0 defeat at home to Arsenal on Wednesday.

“[At Chelsea] it has been only about coaching. No second thoughts about bringing somebody in or letting somebody go.”

“A big part of my personality is on coaching and guiding my team and pushing it to the limit. I have zero ambition to ruin this atmosphere for myself or anybody else.

“Do we have some ideas how to improve the squad? Yes. But will we fight about it? No. We will discuss it – and, first of all, we will finish this season.”