Home / Medicine / Cheese is good for the heart

Cheese is good for the heart 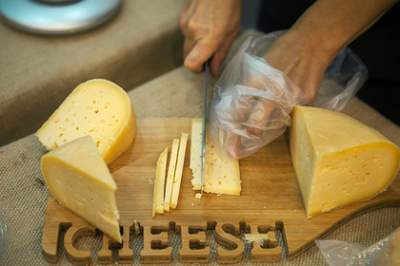 Chinese scientists from Soochow University concluded that daily consumption of cheese reduces the risk of heart disease and blood vessels.

In the study, researchers tried to explain the so-called “French paradox” consists in the fact that the French, food which is rich in fat and cholesterol, relatively rarely suffered from disorders of the cardiovascular system. In particular, the cheese contains a large amount of saturated fatty acids, which are known to affect the heart.

The researchers conducted a meta-analysis of 15 scientific works devoted to the relationship of certain diets with various diseases. They came to the conclusion that eating 40 grams of cheese reduces the risk of cardiovascular disease by 14 percent and stroke by 10 percent.

According to scientists, a cheese increases the level of “good” cholesterol and reduces “bad”. In addition, it also contains substances that prevent blockage of arteries.