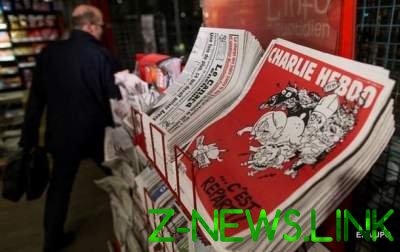 The issue of Charlie Hebdo in German is closed due to the small number of readers.

French satirical weekly Charlie Hebdo discontinues its publication in German. This was stated by the chief editor, Gerard Bear edition of Figaro.

“As you know, we at Charlie love surprises. And we have two news: good and bad. Good – you hold in your hands a collector’s room, the bad is the last issue of Charlie Hebdo in the German language,” he said.

See also:  In the Crimea will issue a newspaper in the Ukrainian language

According to Bera, the German edition is closed due to the lack of readers.

It is noted that for the German version of Charlie Hebdo was a target of 10 thousand subscribers, but that figure could not be reached.
We will remind, the attention of the world previously little-known magazine Charlie Hebdo drew after a series of attacks in January 2015, when the editorial office was attacked by Islamists.

Last year the German edition of Charlie Hebdo has placed on the cover of the new issue of the illustration devoted to the terrorist attack in Berlin.