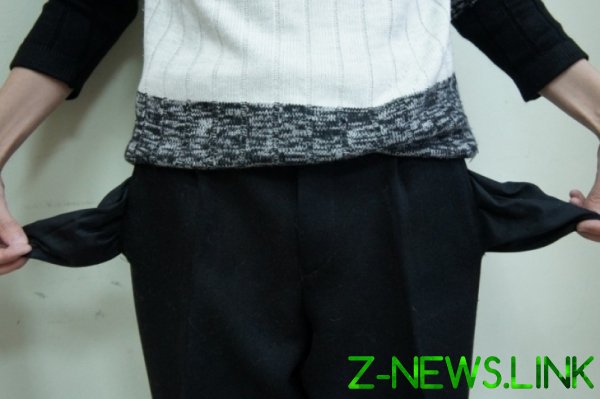 Chapter DNS Dmitry Alekseev joined the economists who believe that in a pandemic it is necessary to help first and foremost consumers. “All the citizens seeded in 15 — 20 thousand roubles, it would have enlivened the market,” Alexeyev said in an interview with Forbes.

Formerly known economist Sergei Guriev has estimated that accumulated in the national welfare Fund of funds enough to give every resident of the country for 20 thousand rubles, reports IA PrimaMedia.

“It seems to me to support the business, especially money, is the wrong lesson. I believe that support should be citizens, need to support those who need it,” said the head of the DNS.

According to Alekseeva, budget to invest need in medicine in order to shorten the period of isolation. And effective measure for restoration of production and consumer demand will help ordinary Russians.

“All the citizens did, don’t know, 15-20 thousand rubles, it would revive the market, revived business activity. This is the right thing — help the consumer to spend, had money to spend. And it will help business,” concluded Alekseev.

On measures to support industries and citizens in the fight against the coronavirus Russia will spend 300 billion rubles. However, they do not include compensation to the wider population. At the current exchange rate of the ruble against the dollar Russian investments in 10 times less than in the UK, 58 times less than in Spain, is 263 times lower than in the United States, estimated by experts.

See also:  Destroyed by shelling plant in Donetsk: the journalist showed a photo

However, some economists suggest Russia to follow the example of Hong Kong and the United States, where the government will pay each household a fixed amount of money.

In the United States about $250 billion will be directed to direct payments to Americans at $1200 each taxpayer. In Hong Kong this amount is equal to $1280.

Russian economist, Professor of Economics at the Paris School of political science Sciences Po, a former chief economist of the European Bank for reconstruction and development Sergei Guriev said that for direct support of Russians who were in the midst of the spread of coronavirus, it is possible to make payments from the national welfare Fund (NWF).

According to Guriev, accumulated in the NWF funds will be enough to give every resident of the country for 20 thousand rubles. It will take only 3 trillion rubles. The economist believes that such financial assistance will help to support the Russians in the face of a looming unemployment.

Earlier, the head of the accounts chamber of the Russian Federation Alexey Kudrin announced that Russia predict a severe and prolonged crisis, which will require the allocation of program support from 5 trillion rubles and more. A number of countries have already sent in payments at 10% of its GDP and more. According to estimates Guriev, for Russia it is about 10 trillion rubles. However, in Russia the state program of assistance to the economy and citizens, it is planned to allocate only 1.4 trillion, i.e. less than 2% of GDP.

See also:  The Russians cut off his wife's ear, and her lover killed

At the same time, the government spent 2,139 trillion rubles for the purchase of the Central Bank’s stake in Sberbank. For the implementation of national projects in 2020, earlier it was planned to spend over $ 2 trillion.

Radically different position of the Central Bank. At a recent press conference the head of the CBR Elvira Nabiullina said that the need for the direct support of citizens ‘ cash on the American model in Russia.

“Many countries have resorted to this measure when all the other exhausted: reduced rates to zero, sometimes negative, of a broad program of redemption of securities from the market, when inflated the balance sheets of Central banks, and when it ceases to influence the increase in demand for lending activity. Discuss these topics. Their effectiveness is difficult to assess. A lot of questions to ensure that the money gets to the government and will cause a corresponding rise in consumer inclination and stimulate demand,” — said the head of the Central Bank, responding to a question about the possibility of introducing in Russia, such forms of citizens ‘ support, as direct payments from the state.