‘Changes’ for San Francisco after ‘horrible’ night of looting 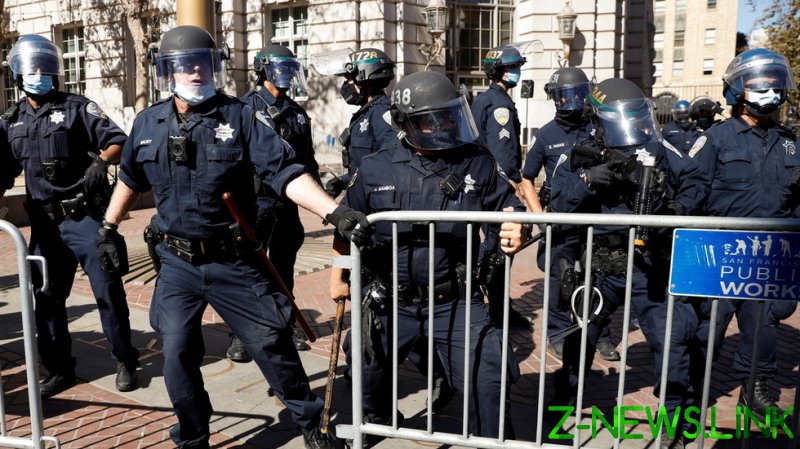 Numerous stores, including Louis Vuitton and Bloomingdale’s, were hit on Friday night as part of a massive looting spree hitting businesses in the California city’s Union Square.

In a Saturday press conference addressing the attack on businesses, Mayor London Breed promised “changes” to the area that will limit car access after the “horrible” night of crime. Police Chief Bill Scott similarly pointed to infrastructure changes as a measure that will prevent future mass robberies.

“We have to make it difficult for people to do what they did last night. Pull up right next to a business, shatter the windows, wipe out everything they can carry, get right in their cars parked at the curb and leave,” Scott said, adding that eight people had been arrested in connection with what police believe were planned robberies.

Some of the looting was caught on camera, with few police in sight and many of the thieves passing by police with no resistance.

Scott said police will “flood” the area where the robberies took place for the “foreseeable future.”

“We will do what we need to do to put an end to this madness,” he said.

On top of the Friday night vandalism and looting, a Nordstrom store in Willow Creek was hit on Saturday night by dozens of looters, who entered and looted the location in under a minute, according to police. Three employees were assaulted in the raid.

Footage captured at the scene appears to show most of the looters getting past police.

Theft has become a trend in San Francisco, leading to companies like Walgreens to shut down numerous locations and other retailers to limit their hours of operation.

Activists have pointed to the city making the theft of items valued at less than $950 not a felony as a major factor in the rise in theft and its subsequent effect on businesses.

Stealing in the city has reached the point where videos of criminals ripping off businesses with ease have become increasingly common on social media, often leading to the city becoming a punchline for some critics.