Champions League: Barcelona – Lyon. The announcement of the match 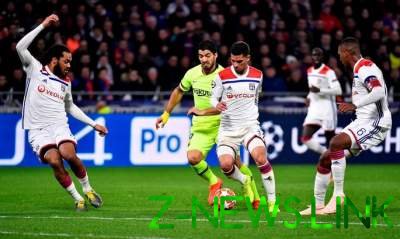 Barcelona in the return match of 1/8 final of the Champions League at the camp Nou will try to break a long unbeaten run, “Lyon”.

Lyon in the Champions League this season the Champions 6 out of 7 matches ended in a draw, that did not stop the “Weavers” to get in the playoffs, but also to maintain a fairly good chance of passage in the quarter-finals.

The first match took place in France, in total the advantage of “Barcelona”, however, none of the 24 shots on goal, “Lyon” has not become effective. The lack of goals away from home complicates the task of Catalans, but we all know what Lionel Messi and company with the support of the home crowd.

In 2019 Barcelona in 5 of 8 home matches conceded at least a goal, so that wards of Ernesto Valverde for a peaceful passage to the quarter-finals you need to score at least two goals.

In three home matches against Lyon in the Champions League, “Barcelona” won three with a total score 10:2. Also, we should note an unsuccessful game of “Weavers” in the last away games in Ligue 1 matches with “nice”, “Monaco” and “Strasbourg” team Bruno Genesio scored only one point.

See also:  The famous footballer was embarrassed during a match. Video