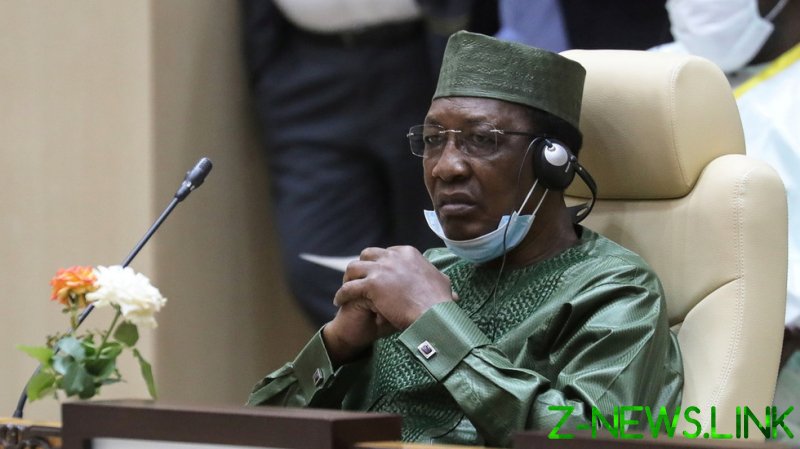 Deby, 68, sustained multiple injuries during a fight against the Front for Change and Concord in Chad (FACT) rebel group, the Chadian Army said on Tuesday. FACT launched a massive offensive from a base in neighboring Libya on April 11, the day the presidential election was held. The Chadian Army claimed on Monday that around 300 rebel fighters had been killed in a week of fighting, declaring the offensive over.

On the same day, Deby was confirmed to be the winner of the election, with almost 80% of the vote. He was supposed to give a victory speech, but instead went to the frontlines to meet soldiers, his campaign director said. Deby came to power through a rebellion in 1990.

An ally of France, Deby successfully fended off multiple rebellions against his rule, some with the help of the former colonial power. The FACT offensive was quite successful and managed to advance hundreds of kilometers from the border before last weekend’s setback. The frontline was around 300km from the capital, N’Djamena at the time.

The rebels said a “mistake” on Saturday “slowed by a little bit the victorious march” to the capital and claimed they had turned the tide on the government forces on Sunday.