Home / policy / Cemented: the country in which we woke up 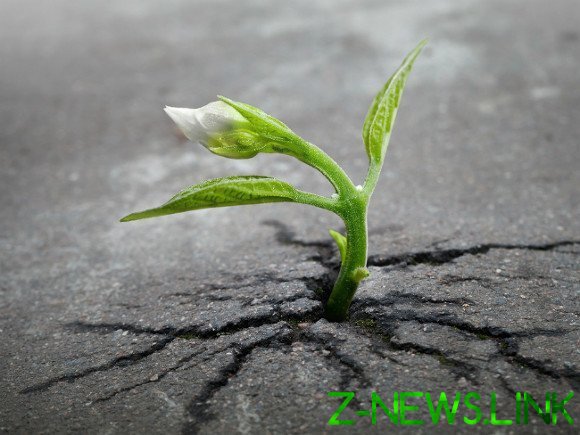 The main result of voting on amendments — the Russian government will do everything to prevent any changes that would threaten its dominance.

The CEC summed up the results of the weekly popular vote. For amendments to the Constitution of the Russian Federation voted 77,92% against — of 21.27%. Talking about these results and whether they can be trusted? The country in which we woke up July 2? And what about those who do not agree to live in a “zeroed” state?

These questions the correspondent “of Rosbalt” asked political scientists and sociologists.

“The main objective of the amendments, as expressed by Dmitry Peskov, was to protect Russia. Imagine you had a green lawn, and now there poured cement, and there is nothing will not grow. Until you crack and the site is not rekultivirovat. This is a key way to understand what is happening. The Russian government will do everything to prevent any change in the country, which will pose a threat to its domination.

For the majority of Russian leaders and citizens who sincerely supports this direction, there is the normative ideal of the state. This so-called good of the Soviet Union 70-80 years. That is a good idea to go back to those times, only without a deficit, queues for toilet paper and other things. This way and we shall walk.

And I think in the near future we are unlikely to see mass protests — this will be due to economic hardship, unemployment, pandemic. Usually, when in the country there are some serious problems, people not to protest. But they will if the authorities themselves provoke them into some kind of irritating action.

For example, in the Nenets Autonomous district, where “against” the amendments in favor of 55.25%. But the fact that he was trying to unite the district with the Arkhangelsk region, and only under the pressure of disgruntled residents rejected the idea. But people have not forgotten that they tried to cheat, and demonstrated their position on the ballot. And in the Arkhangelsk region more opponents of the amendment were observed on lands adjacent to the area of Chiesa — despite the fact that the environmental amendment to the Constitution was distantly related, people expressed their attitude to the actions of the authorities“.

“The main result of voting on amendments is that we finally Dolman electoral system. Now the election procedure in Russia has ceased even to claim the people’s trust. The figures that we show, are perceived critical thinking part of the population does not like a little “dokruchennaya”, but reflecting the balance of opinions, and how completely “painted”.

In terms of amendments, some officials will see new ways to pressure people, the purchase of additional pieces of power, authority, budgets, ways the extra time to fine and control.

And the most direct damage, I think, would be humanitarian, as amended “on a knee” without legal review, without discussion: it is vague, allowing for arbitrary interpretation, the provisions that directly relate to our kids, salaries, pensions, private life and even relationship with God.

Many people today have realized that he woke up in another country, in another system, and many make decisions on how they live. Someone decides to abandon any participation in protest activities, some will leave, choose another job. And someone on the contrary will realize that you can no longer live a purely private life and need something to start doing.

I think now it will generate a lot of ideas how to Express dissatisfaction with the system and not go to jail. As soon as successful, it will copy a large number of people.

Even officially announced 21% “against” — it is a large proportion of the population, not to mention the real number of dissatisfied. In a democratic country they would have their party. And we can expect that the independent policy will now try to offer some new moves to Express the interests of this population. Such a resource to throw away sin.”

Gregory of Votes, political scientist, Professor at the European University in Saint Petersburg:

“Anything significantly new after the adoption of the amendments should not wait — their only goal was to legalize what everyone knew — Putin remains in power after 2024. In all other respects, the amendments confirm the existing status quo. Now the law will begin to reshape to formal legal compliance with existing practice in the country.

The procedure of voting showed how degraded the Russian electoral system — it is now clear that the election might not be regulated by legislation, only by special resolutions of the CEC. It is impossible even to estimate the percentage of supporters and opponents of the amendments.

Think of what happened finally confirmed the theory of the opposition that Putin has from the beginning sought to perpetuate their power. How this understanding is converted in the protest action depends on the organizational efforts of opposition leaders”.

“To take seriously the results of the nationwide voting impossible. The process was not competitive surveillance, no cameras, both on the presidential and parliamentary elections. So the official numbers are very far from reality. I guess after July 1, for us nothing will change — in the hands of the Russian President was so concentrated enormous powers, which since 2000 has only increased.

As for the haste with the vote — you need to understand that time is working against Putin. After two or three years of stagnation and falling real incomes of the population the popularity ratings of Putin can be very hard to sink.

In addition, in order to avoid fermentation in their environment in advance Putin sends a signal that 2024 will not be the end of his reign. Now the elites seem to be consolidated, but there is no guarantee that with the worsening economic crisis, the situation will not change. I don’t know of a single case in the former Soviet Union — Ukraine, Moldova, Georgia — to the oligarchs began to play against the weakening of the autocrat.

Overall, in the country now there is a demand for a party that would unite people, nepriemyshi the policy of the current leadership of the country. And it’s not 20%, and more. But the political space in Russia sterilized, stripped — to Everyman on the question “If not Putin, then who?” was answered “No”.

I suppose those who voted against the amendments, should prepare for the fact that the system will become even more repressive, Putin will remain at the helm until the end of his life. “Buns” from the government will be less, financing social spheres and science will be reduced, the power unit — on the contrary, will continue to support.”

“The voting results do represent a political triumph for the Kremlin, the government was able to provide key figures — leave out the how. However, this did not solve the problems that have arisen in the course of the campaign — the economic downturn and continuous, albeit slow decline in the level of confidence in the government at different levels.

By the way, with the adoption of amendments to the socio-economic situation in the country will not change, this year we will have double-digit rates of economic recession, and it can diminish the effect of triumph.

As for the waves of popular anger after the vote, I have no data that they expect, but we remember what happened in 2004, when Ukraine died down, the “orange revolution”. Experts in one voice saying that don’t expect anything like that in Russia, but after a few weeks started demonstrations against the monetization of benefits.

The protests now are, and they are divided by region, age and social groups. However, don’t underestimate the stability of the political regime — it performs the tasks which are put before itself, it’s not a straw man”.