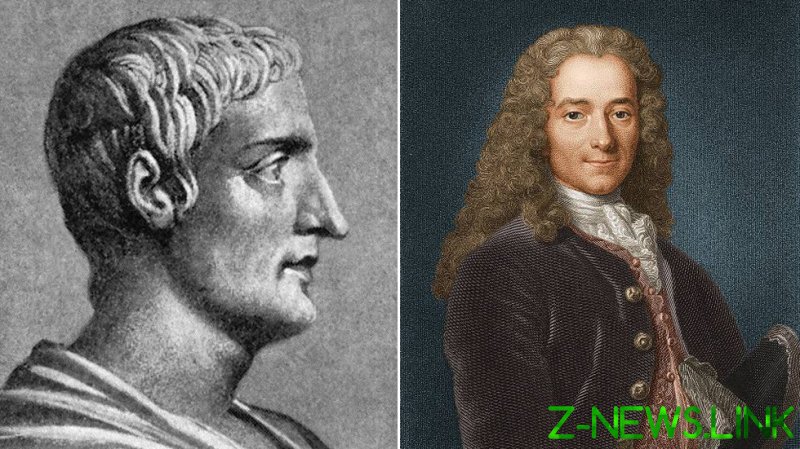 According to the Guardian, which cited unnamed sources in New York, publisher Random House canceled the book written by celebrated British author Richard Cohen on Wednesday just months before its release over concerns that there were not enough black historians explored in the text.

The book was canceled despite Cohen reportedly writing an extra 18,000 words on famous black figures – including slavery abolitionist leader Frederick Douglass and educator-intellectual Booker T. Washington – at the request of the publisher. Cohen is now searching for a new publisher in the US, though ‘The History Makers’ will still be released in the UK in June by Weidenfeld & Nicolson.

Analyzing a wide range of figures from the Roman historian Tacitus and English playwright William Shakespeare to the French author and historian Voltaire and former British Prime Minister Winston Churchill, the book was criticized by some academics for not focusing enough on black people and being too Eurocentric.

University of Chichester Professor Hakim Adi protested that it was “as if Africa and the African American had been forgotten,” calling the book “denigrating to the history of the world, and to black people in particular.”

One social media user argued it was good that the book was canceled because “everyone should be taken into consideration.”

Others, however, called it a “horrifying story of political correctness run amock,” with conservative commentator Paul Joseph Watson tweeting, “No need to burn the books when you can just ensure they never get published.”

“Here is an interesting idea, rather than censor another historian or tell them what they must write, how about writing your own history?” another person said.

Book publishers, including Random House, have increasingly decided to cancel books for fear of sparking controversy or causing offense.

In January, publisher Simon & Schuster canceled Republican Senator Josh Hawley’s book about political censorship in the country – ‘The Tyranny of Big Tech’ – after he was accused of playing a role in inciting rioters who stormed the Capitol on January 6.

Most recently, employees at Simon & Schuster called on the company to cut ties with authors who were previously a part of the Trump administration and cancel its deal with former Vice President Mike Pence. However, the publisher refused.