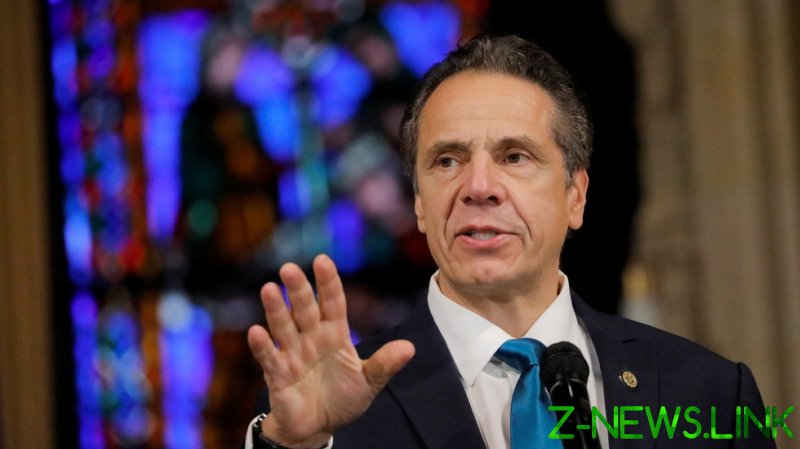 In the heat of the #MeToo movement, the merest whiff of possible sexual misconduct could find public figures losing gigs and the subject of denouncement by talking heads and fellow celebrities.

That doesn’t seem to be true now, at least for Andrew Cuomo. His former employee, Lindsey Boylan, recently accused the governor of sexually harassing her and others over the course of years working under him. This follows Boylan also claiming Cuomo runs a “toxic work environment” that drove her to therapy.

However, Boylan’s comments have garnered surprisingly little attention and Cuomo continues smiling on television as his fans fawn over the possibility of him becoming Joe Biden’s attorney general.

Cuomo’s only response to Boylan was a brief statement from his office saying there was no truth to what she was saying. The mainstream media has appeared to take this at face value and wiped the entire thing under the rug. Imagine if it were this simple for other men accused of misconduct based solely on allegations to get rid of them like, say, Brett Kavanaugh?

The most deafening silence on the Cuomo allegations come from his Hollywood buddies, whom he regularly rubs shoulders with and makes special exceptions for – ever wonder why ‘Saturday Night Live’ is currently allowed to film with a live studio audience while many small businesses remain almost completely shut down?

Cuomo is one of many politicians who is more ‘celebrity’ than political leader. As governor, he has almost nothing positive to show for himself. New York has become a disaster zone with often changing and contradicting information about restrictions. Cuomo regularly fights with members of the press who defy him, and he still has never given a proper defense for an early order forcing nursing homes in the state to accept positive Covid-19 patients, a move critics say led to thousands of deaths.

As a celebrity, however, Cuomo is doing pretty great. He wrote and published a book on his pandemic leadership in the middle of the pandemic, which earned him a flush payday and some sales worth celebrating. He even got to land puff piece interviews with Howard Stern where he talked about his dating life and on CNN with his brother Chris where the two trade awkward barbs and ignore pressing questions.

Actors like Chris Rock and Rosie Perez have stood side by side with the governor at press conferences. Liberal comedians like Chelsea Handler joke about dating him. Others defend him voraciously on social media and he was even awarded an Emmy for his Covid press conferences.

Cuomo also has a special birthday fundraiser set for this Thursday, which was obviously entirely unaffected by Boylan’s comments. This ‘Birthday Bash’ will include celebrities like Whoopi Goldberg, Robert De Niro, Ben Stiller, and Henry Winkler. None of them seems to be making all that much effort to uplift Boylan’s voice as a female in the face of Cuomo’s cultural power though.

Throwing a celeb-filled birthday bash that costs up to $10,000 to ‘virtually’ attend while many in the state are still suffering to keep their businesses afloat and their bills paid may seem like yet another bad look for Cuomo, but his fellow celebs have been right there to defend him, with both Ben Stiller and Patricia Arquette even biting back at criticism of the event from Janice Dean, a Fox News meteorologist who lost both her in-laws in New York nursing homes early in the pandemic. Stiller, to give some credit, ended up apologizing after discovering Dean’s background. Arquette’s row came on the same day Boylan made her accusations.

Check the timelines of both Arquette and Stiller, and every other Cuomo-loving celebrity while you’re at it, and see if they’ve put any energy into giving attention to Boylan’s accusations. No? Strange from a community that wants to pride itself on giving women power in the face of years of oppression, right?

The truth is while the #MeToo movement exposed some horrendous people and finally got them what they deserved, it was turned into a weaponized political movement once Hollywood figureheads got involved. It became more about taking down politically convenient people and protecting those on the ‘right’ (or should that be left?) side.

Why else would a supposed #MeToo advocate like Alyssa Milano be able to say she is voting for Joe Biden on one hand and then claim she believes accuser Tara Reade’s sexual assault allegation on the other?

It’s for the same reason, now, that Cuomo’s fellow celebrities will ignore Boylan, because they don’t really care about women’s rights or any movement related to those rights. They only care when it’s convenient for them or their political tribe. Boylan, like every other controversy swirling around Cuomo, is inconvenient for the left right now, so he’ll be protected at all costs and she will be ignored. So on Thursday, celebrities will ignore Boylan, write their checks to Cuomo, and then they’ll all sit around and pretend to be good little Democrats who care about women and holding powerful men accountable and every other social issue they parade around on social media. Remember, Hollywood’s specialty has always been fantasy.