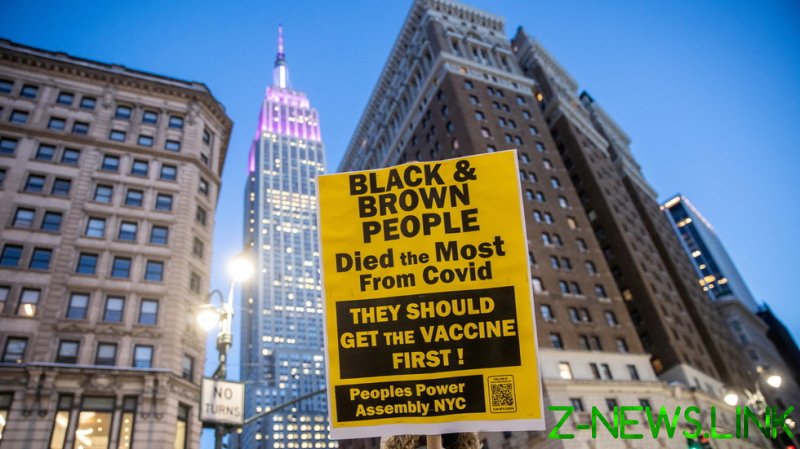 Racism “is a serious public health threat that directly affects the well-being of millions of Americans. As a result, it affects the health of our entire nation,” CDC Director Rochelle Walensky said on Thursday.

Reflecting on the impact of Covid-19, Walensky said it was “felt most severely, in communities of color” and that the pandemic “illuminated inequities that have existed for generations” to reveal racism as an “epidemic” impacting public health.

Walensky’s statement defines racism as “not just the discrimination against one group based on the color of their skin or their race or ethnicity, but the structural barriers that impact racial and ethnic groups differently.”

However, the ‘Racism and Health’ portal launched by the CDC defines it as “a system consisting of structures, policies, practices, and norms—that assigns value and determines opportunity based on the way people look or the color of their skin.”

While not perfectly aligned, both definitions define racism as systemic, in line with the critical race theory (CRT) that has informed the Biden administration’s position on “equity” – equality of outcomes that requires treating groups differently – in all things.

The notion that racism was a public health emergency and opposing it was more important than even the Covid-19 lockdowns was first publicly asserted in June 2020, in a letter signed by some 1,200 public health professionals endorsing the Black Lives Matter “racial justice protests” across the US after the death of George Floyd in Minnesota. This now appears to be the official position of the Biden administration.

“To build a healthier America for all, we must confront the systems and policies that have resulted in the generational injustice that has given rise to racial and ethnic health inequities,” the new CDC portal says on its landing page.

In addition to the racism and health portal, Walensky said the CDC will “continue to study the impact of social determinants on health outcomes” and propose solutions, use Covid-19 funding to make “new and expanded investments in racial and ethnic minority communities and other disproportionately affected communities around the country,” and expand internal efforts to “foster greater diversity” and inclusion.

Earlier this week, Vermont announced it would practice health equity by prioritizing Covid-19 vaccinations for people who identify as “black, indigenous or a person of color (BIPOC).” Last month, the city of Oakland, California launched a guaranteed income project giving $500 a month to 600 families – but only those identifying as BIPOC, again.