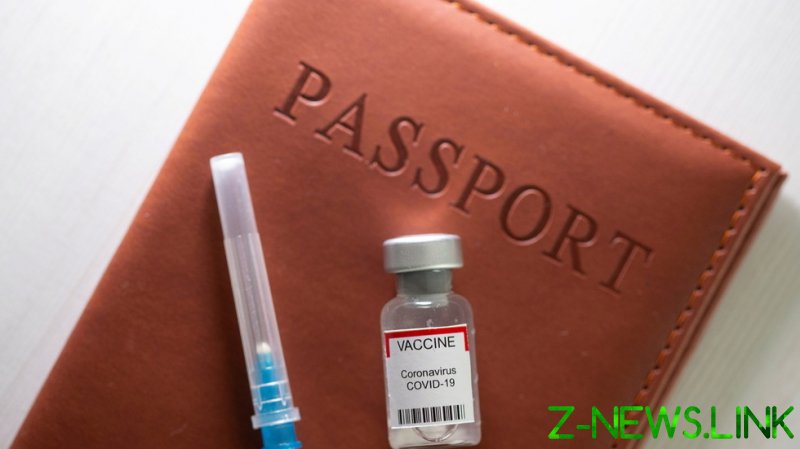 “Six vaccines that are FDA authorized/approved or listed for emergency use by WHO will meet the criteria for travel to the US,” a Centers for Disease Control and Prevention (CDC) spokesperson told Reuters on Friday, though they declined to be named.

Immunizations developed by Pfizer-BioNTech, Moderna and Johnson & Johnson are currently approved in the US – the latter two on emergency-use basis only – while the WHO has backed jabs from AstraZeneca/Oxford, Sinopharm and Sinovac in addition to the three already named.

The CDC’s comments come weeks after the White House said it would lift air-travel restrictions from 33 nations, initially imposed to stem the spread of Covid-19, sometime in November. However, at the time, it did not specify which immunizations would qualify.

Later on Friday, the CDC also confirmed it had informed various airlines of the approved list of jabs, adding that the health agency would “release additional guidance and information as the travel requirements are finalized.” A body representing a number of airline firms, Airlines for America, confirmed that claim, saying it was “pleased by the CDC’s decision to approve a list of authorized vaccinations for travelers entering the US.”

However, while Russia’s Sputnik-V vaccine has been approved by health officials in scores of nations, both the CDC and WHO have stalled on the issue, with US health officials rarely even invoking the formulation – created by Moscow-based Gamaleya Research Institute of Epidemiology and Microbiology – in public comments.

A WHO spokesperson said on Friday that the health body is “near” a decision to approve the Russian vaccine, saying “we are slowly resolving most of the issues” – comments that came after Russian Health Minister Mikhail Murashko said last week that most hurdles for approval had been cleared and that the next, final step merely involved paperwork.

Moscow has previously urged the WHO to speed up emergency approval for Sputnik, as lack of authorization could create trouble for travelers the world over, as dozens of states have administered the Russian jab to millions of residents. The European Medicines Agency (EMA), the EU’s drug regulator, also appears to be dragging its feet on the approval of Sputnik. The Russian Direct Investment Fund (RDIF) applied for the jab’s authorization in Europe as far back as in January, but is still waiting for the green light. Russian officials have slammed some European counterparts for “politicizing” the pandemic and allowing narrow, diplomatic concerns to override global public health.