CD Projekt RED could release an update for The Witcher 3 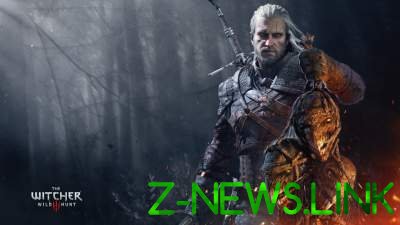 Xbox One X the game is updated only at the end of the year.

When CD Projekt RED wasn’t going to update The Witcher 3: Wild Hunt for PlayStation 4 Pro, but during E3 2017 still confirmed along with the improvements for Xbox One X game smart and on the “Proshka”. There remained only the question of when it will happen.

In the financial report for the first half of 2017, the year President of CD Projekt Adam Kichinsky (Adam Kiciński) has announced that a patch for The Witcher 3: Wild Hunt to the changes under the PlayStation 4 Pro will be released in the next few days. But on Xbox One X the game is updated only at the end of the year, but it and is clear: the next console from Microsoft will be available only on 7 November.

Although it is likely that Kichinsky misspoke. With Eurogamer contacted senior PR Manager at CD Projekt RED Radek Adam Grabowski (Radek Adam Grabowski) and did not confirm the release of the patch for the PlayStation 4 Pro in the coming days. He only re-assured that the Studio is preparing updates for 4K consoles from Sony and Microsoft, but the exact release date of the poles will be announced later.

In addition, Grabowski did not want to inform the list of improvements that are planned for the PlayStation 4 and Xbox One Pro X. Recall that many games on 4K consoles allow you to switch between high frame rate, but in 1080p, and higher resolution, but with 30 frames per second. Will there be something in The Witcher 3: Wild Hunt, is still unknown.