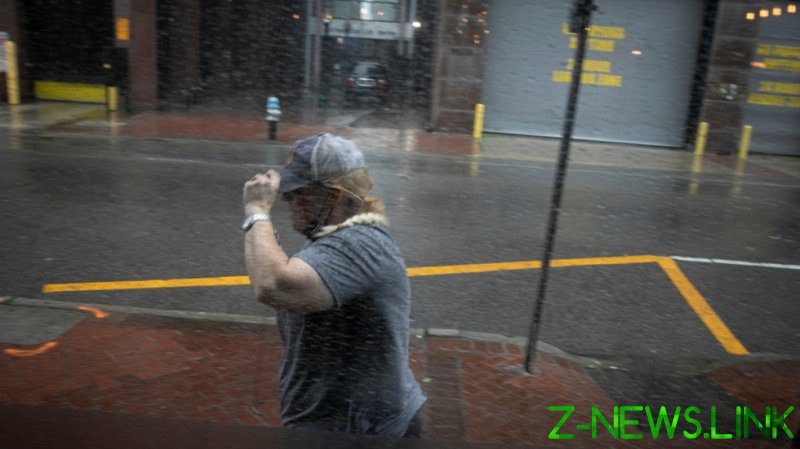 Hurricane Ida, which has been downgraded to Category 3 storm with sustained winds of 115 mph (193 km/h), has caused a citywide blackout in New Orleans, with residents now having to rely only on generators for power.

Eerie footage from a high-rise in downtown New Orleans posted by Washington Post National Correspondent Tim Craig shows dim lights flickering in some of the windows.

The City of New Orleans Office of Homeland Security and Emergency Preparedness issued an alert around 7p.m. on Sunday, stating that the outage was due to “catastrophic transmission damage.”

As of Sunday evening, some 742,000 customers were left without power in the state.

The entire city of New Orleans in Louisiana has plunged into near-total darkness after all power in the city went out due to Hurricane Ida.

Meanwhile, a first fatality was reported in the state about 8:30 p.m Sunday. The victim is believed to have been killed by a fallen tree in Prairieville, south of Baton Rouge, Ascension Parish Sheriff’s Office reported.

It’s unclear when the power supply will be restored. Louisiana Gov. John Bel Edwards told The Associated Press on Sunday that the hurricane is expected to be “much stronger than we usually see.”

Ida made its landfall on the Gulf Coast around midday on Sunday as a category 4 hurricane, lashing the state with winds of 150mph (240km/h). About two hours later the hurricane made its second landfall southwest of Galliano.

The storm has already wrought havoc, knocking down trees, turning streets into rivers as water surged in coastal areas.

Residents were advised to evacuate several days ahead of the hit. Those who did not manage to flee the state by Sunday were urged to shelter in place for 24 hours. With Edwards warning that Ida is on course to become one of Lousina’s worst hurricanes since the 1850s, parallels have been drawn between the current storm and the devastating Hurricane Katrina that left catastrophic damage in its wake, killing more than 1,800 people that ravaged New Orleans and surrounding areas in 2005.