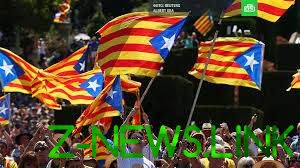 This is due to the preparation of the Spanish government to limit the autonomy of Catalonia.

The Parliament of Catalonia declared independence from Spain on the background training of Madrid to the limitation of the autonomy of the region.

It is reported that the regional Parliament after a secret vote, declared the unilateral secession of the Autonomous community from Spain. It is also reported that the vote was attended by representatives of the opposition parties.

See also:  A resident of the USA killed the wife and four children