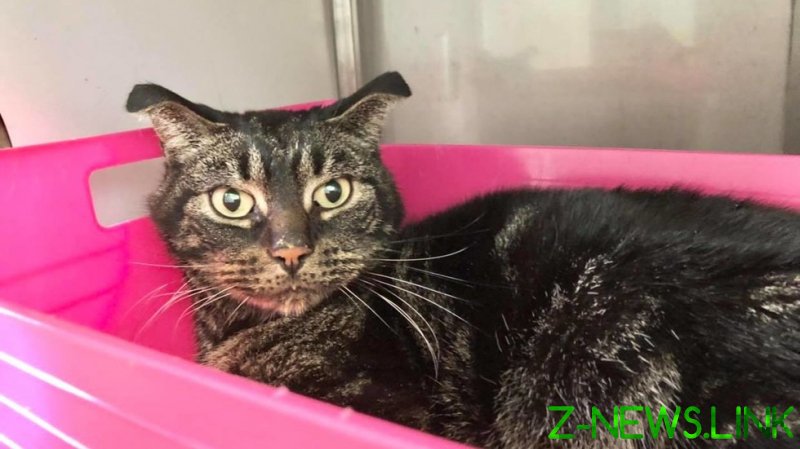 The heart-wrenching story of the extremely tough cat was brought to light this week by Animal Shelter Vlaardingen, where the animal ended up. The cat was discovered in the western Dutch town of Schiedam, by the new owners of a house bought off a blind auction.

As the new owners came to inspect the property, the house – vacated by its previous resident on July 1 – turned out to be not exactly empty. As they opened the door, an extremely thin cat bolted out of the house, rushing to freedom after some 52 days in isolation.

The floppy-eared, dark striped cat was subsequently caught and brought to a veterinary clinic. Apart from being malnourished and weakened, it turned out to be healthy enough to get discharged a day later, ending up in the animal shelter.

The feline, named Finn by its rescuers, likely had access to water from a leak somewhere in the house that enabled it to survive that long. The cat, however, ran out of food long before the rescue – even if there was any left behind by the house’s previous resident. Finn the cat had to consume anything arguably edible it came by, with assorted wrappers and paper discovered in its feces, the shelter said.

The isolation has been apparently quite traumatizing for the animal who has become jumpy and shy of humans. Still, the shelter believes the animal will recover fully and, after getting neutered, receiving all proper vaccines and a chip, Finn will be set for adoption.