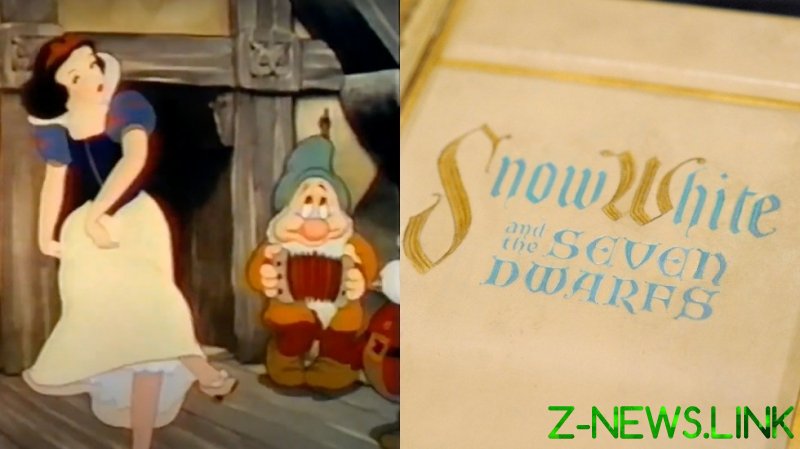 ‘Amazing Spider-Man’ director Marc Webb is behind the camera on the untitled film, which is expected to start shooting next year.

Taking classic films and replacing animation with almost the same amount of CGI with a thrown-together cast more colorful than originally conceived has practically become Disney’s bread and butter, so it’s no surprise we are a) getting another ‘Snow White’ and b) she’s not the pale German girl we remember.

Instead, she is a Hispanic actress from New Jersey with a Colombian mother.

Disney similarly cast Halle Bailey to add some diversity to the role of Ariel in an upcoming remake of ‘The Little Mermaid.’

These moves may set off small waves of celebration across woke crowds on social media, but it is a grossly offensive manipulation of emotions to cash-in without ever making true change.

It should be called ‘Ghostbusters Syndrome’ at this point. Remember the 2016 remake of the classic Bill Murray film that sported an all female ensemble? It’s unlikely you actually do, but what probably comes to mind is the vitriol surrounding that movie’s release.

What was supposed to be a celebrated step forward for female leads in major blockbusters ended up being a divisive, confusing, and rather annoying blip in pop culture history.

The remake came and went with a whimper at the box office, but was celebrated by a media that became obsessed with tying the film’s lukewarm response to that of Hillary Clinton’s presidential loss.

‘Ghostbusters’ failed because it failed fans of a genuine American classic. Instead of continuing the story and respecting what came before, they went the remake route, slapped original castmates with lame cameos, and replaced originality with special effects. The benefit, though, of making diversity the center of your marketing campaign is liberal pundits and media become allies. That’s how ‘Ghostbusters’ can be such a failure with the public, but a shockingly-praised movie with critics. It’s also why the cast and director, as well as the film’s small but passionate fanbase, can label any and all critics misogynists.

‘Ghostbusters’ is a more extreme example of the push for diversity taking over a film and its marketing, but ‘Snow White,’ ‘Little Mermaid,’ and the slew of other remakes that have no reason for existing, beyond filling the Disney coffers some more and having a surface-level conversation about diversity, come from the same warped headspace.

These remakes may usually be financially successful and make a quick splash because they decide to swap a gender or race or tease a character’s sexuality, but few are remembered the way their original counterparts are. They come and go, products of Disney unoriginality and whatever social justice topics are popular at the time of their release dates.

This push for diversity may provide some temporary cultural wins, but it does not affect true change. What is diverse about taking young performers such as Zegler and saddling them with white roles turning to dust? Is Zegler not deserving of something original, something that won’t be forgotten as just part of a fad, both politically and culturally?

Handing minority actors roles they can never truly make their own in tales that have been told time and time again doesn’t sound all that diverse … or interesting.

If Hollywood wanted true diversity, then it would drop the white princess stories and look for a story that actually has some diversity. Instead of taking a European tale few even read in school anymore, embrace a story that actually calls for something new and different. Then we can all win. Those looking to break into a business that has, for decades, simply pretended to be diverse, as well as viewers sick of diversity being packaged in a leftover container we’re supposed to pay full price for and be happy because we were part of some vague, fleeting change.