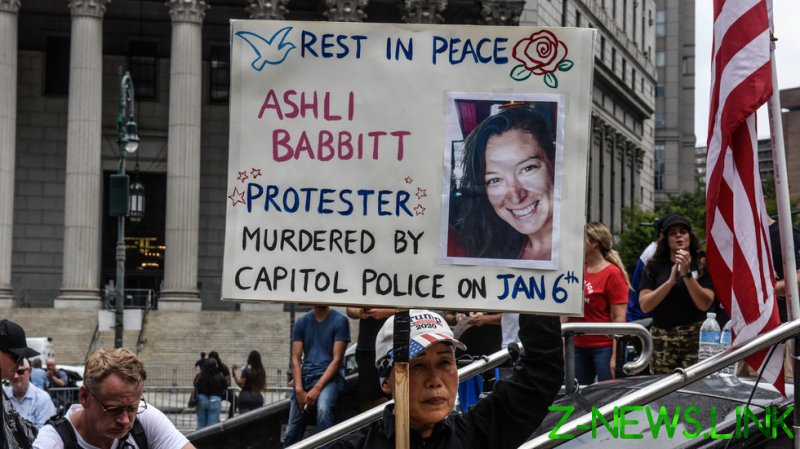 Ashli Babbitt, a military veteran and supporter of former President Donald Trump, was shot dead by a Capitol Police officer as she pushed forward with a group of protesters inside the US Capitol in January. Her death was the only death that day to have been conclusively linked to the actions of another person.

Babbitt’s death outraged many conservatives, but the officer responsible will face no consequences, the Capitol Police announced on Monday. An internal investigation found that “the officer’s conduct was lawful,” and as such they “will not be facing internal discipline.”

Furthermore, the officer will remain unidentified due to “numerous credible and specific threats,” the announcement continued, adding that the officer’s conduct “potentially saved Members and staff from serious injury and possible death.”

With the closing of the investigation, the likelihood that Babbitt’s killer will ever be identified is slim. The Justice Department closed an investigation into the shooting back in April, and Babbitt’s husband has failed to uncover their identity via a Freedom of Information Act request (the United States Capitol Police is exempt from FOIA oversight, but Washington DC’s Metropolitan Police Department reportedly ignored the request). The husband, Aaron Babbitt, has since filed a lawsuit in a bid to force more details around the shooting into the open.

Conservatives, including Trump, have repeatedly demanded that Babbitt’s killer be unmasked, and some theories as to his/her identity have been floated. One of these theories, promoted by Trump, is that Babbitt’s killer was the “head of security” for a top Democrat. Another names a 53-year veteran of the force as the shooter.

Aside from Babbitt, three other protesters died at the Capitol that day, two of natural causes and one of a drug overdose. A Capitol Police officer, Brian Sicknick, died of a stroke hours after the riots concluded, rather than by being bludgeoned to death by protesters, as initial media reports claimed. Four other Capitol Police officers have allegedly died of suicide in the months following the riot.