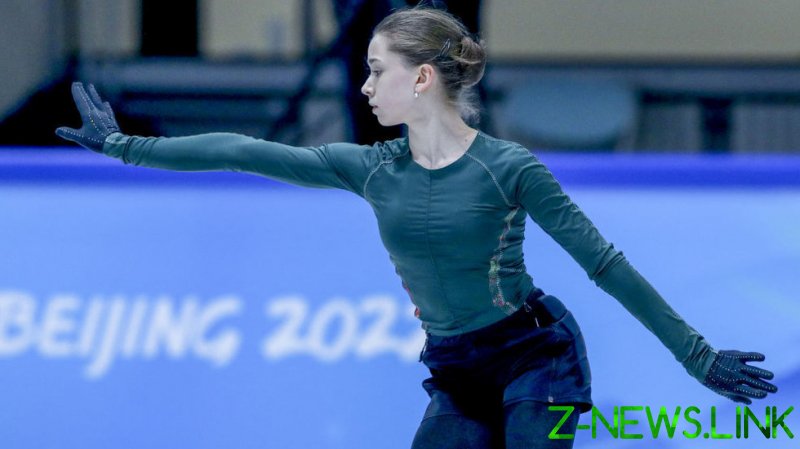 A top sports lawyer has warned the Court of Arbitration for Sport (CAS) that it must be “very careful” when making a decision on figure skater Kamila Valieva’s fate before her next Beijing 2022 event on February 15.

International Testing Agency (ITA) officials announced on Friday that the 15-year-old had returned a positive result for trimetazidine in a sample taken during the Russian national championships on December 25 2021.

WADA now plans to lodge an appeal with the CAS to overturn a decision by the Russian Anti-Doping Agency (RUSADA) that allowed Valieva to train and compete in Beijing.

Valieva, who helped the Russian Olympic Committee (ROC) earn a gold medal in the team event at the Winter Olympics, had appealed against the initial provisional suspension herself.

Sports lawyer Lucien W. Valloni told RT that CAS has a huge decision to make over whether Valieva will face sanctions or be allowed to continue competing ahead of the ladies’ singles figure skating event on February 15, in which she is the favorite to win gold.

Valloni expects the ROC, ITA, International Olympic Committee (IOC) and other parties involved to have their cases heard as part of an extradited process.

The Switzerland-based attorney again criticized WADA and the ITA for naming Valieva to the press, saying it was “not right”.

As a minor, Valieva has ‘protected person’ status in case of potential doping violations, meaning that she does not need to be named and could face less harsh sanctions if the verdict goes against her.

RUSADA’s reasons for lifting the restrictions should “prevail” if they are “really good”, Valloni said.

“It’s not really about the doping case as such,” he explained. “This will be dealt with later on. We don’t even know if there’s a positive B sample.

“I think there was not because the information was given very, very late, I must say. That means the athlete still has the right to request a B sample.

“The CAS can only assess what will perhaps be the likelihood of the result in their mind… [of] what will happen in this case, which they will not be able to decide themselves.

“The only thing they can decide is [whether Valieva will receive a] suspension for the next event, which will be on the 15th, or not.

“Given the hard tension and the big effects that such a suspension will have, they should be very careful in determining this.”

Valloni questioned why the ITA had announced the news of the positive test now.

“It’s clear, the rules are clear. Minors have to be protected,” he said. “And now by informing them [of the test result], saying that some rumors were there, and a lot of media attention was given to that case… I don’t think it’s enough to disclose it.

“Because if you think about [how] now the CAS is deciding on the suspension for the next event, they [ITA] could have waited of course, easily,” Valloni continued.

“If CAS would have accepted the lifting of the suspension by RUSADA, then nothing would have had to be communicated. And now they have done the worst thing they could do.

“They also put pressure on CAS now to make a decision – and I think it is not in the best interests of this athlete.”

When asked whether the saga risks overshadowing the figure skating competition and the Beijing Olympics, Valloni branded the debacle “sad”.

“But of course, she is a very, very big talent and of course every [bit of] media attention to such a story is important,” he conceded.

“It hurts – or it hurts this person [Valieva] – very much and I don’t think that’s OK.

“This is not OK because [there] is no protection to what is actually going on. What can we do?

“We have to protect her as well as possible. I hope they will fight a lot in court. Let’s see.”