Home / WORLD / Cargo plane, with eight on board, crashes in Siberia — reports

Cargo plane, with eight on board, crashes in Siberia — reports 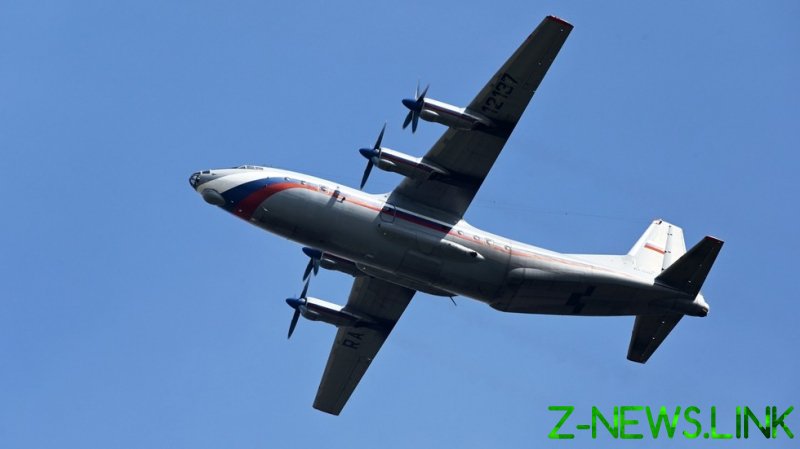 “At 2.50pm Moscow time, the An-12 aircraft, flying between Yakutsk and Irkutsk, disappeared from the radar,” a source told RIA Novosti. According to TASS, officials believe that the plane belongs to Belarusian airline ‘Grodno’ and was operating a cargo flight.

“According to preliminary reports, the crash site has been found in the area of the village of Pivovarikha [in the region around Irkutsk], not far from the airfield. The plane went into a second circle during landing and then disappeared from the radar,” a source told the agency.

A source in the Russian Ministry of Emergency Situations has since said that “fire and rescue units have arrived at the scene. The plane is catching fire,” and emergency services are working to extinguish the blaze.

The An-12 is a Soviet-era turboprop plane produced between 1957 and 1973, primarily for the armed forces of the USSR. It has since been operated by a number of civilian airlines in the former Soviet Union, primarily for freight flights. In 2019, an An-12 crashed close to Lviv airport in Western Ukraine, killing five of the seven crew on board.

The incident marks the latest in a series of air disasters in Siberia and the Russian Far East. In July, emergency workers investigating the disappearance of an Antonov An-26 turboprop plane announced that they had recovered the bodies of 22 passengers and six crew after it crashed into a cliff on the Kamchatka peninsula.