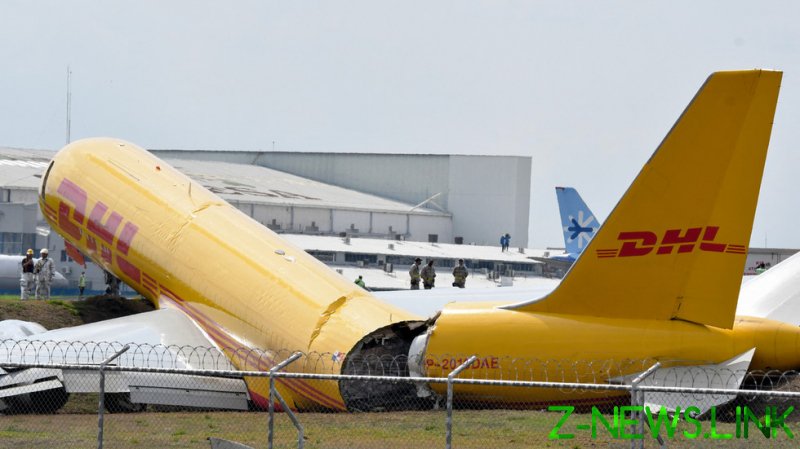 A Boeing 757-200 cargo plane operated by delivery giant DHL skidded off the runway during an emergency landing at Juan Santamaria International Airport in Costa Rica’s capital, San Jose on Thursday and broke in two.

The incident was caught on video. The aircraft lost its tail and went up in smoke.

The pilot and the first officer evacuated to safety and received only minor injuries, according to Hector Chaves, the head of the Fire Department.

Luis Miranda Munoz, deputy director of Costa Rica’s civil aviation authority, told reporters that the plane was heading to Guatemala and apparently had a failure in the hydraulic system.