Cargo plane Antonov crashed near the coast of Africa 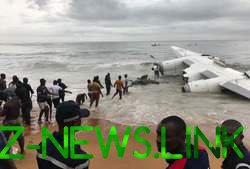 The plane was in the area of the storm.

Just off the coast of côte d’ivoire crashed cargo plane, killing four citizens of Moldova and two Moldovan and four Frenchmen were wounded.

The accident occurred near the airport of Abidjan. The wreckage of the turboprop aircraft was pulled ashore, where rescuers had to help the survivors.

However, AFP, citing local police reports that the plane crashed trying to land.

Reuters also reports that this happened during a storm, accompanied by heavy rain and lightning.

A French military source told AFP that the ship was manufactured in Ukraine. The French army had chartered this “Antonov” for antimikoticeski operation “Dune”.

Local edition Ivoire Matin wrote that one man was detained. At the same time, was detained and the plane is unclear.