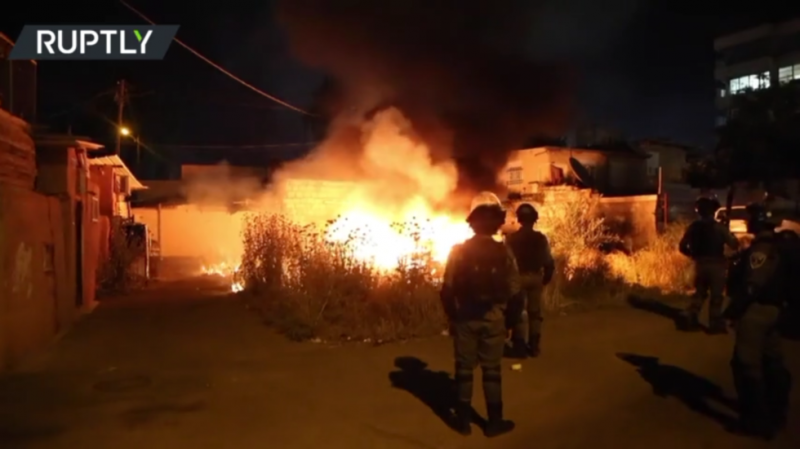 According to the Times of Israel, the groups threw rocks and chairs at each other. Palestinians reportedly set a car belonging to a Jewish family on fire, prompting a Jewish man to fire a weapon into the air. At least 15 Palestinians were arrested.

The Jerusalem Post said that fireworks were launched and rocks thrown at an office belonging to the leader of the Jewish right-wing Otzma Yehudit party.

East Jerusalem, home to both Jewish and Muslim holy sites, was captured by Israel from Jordan during the Six-Days War of 1967.

This week’s clashes erupted as a Jerusalem court is due to rule on a bitter dispute that involves four Palestinian families, which face eviction from their homes in favor of right-wing Jewish nationalists who argue that the land in the area was owned by Jewish groups before the establishment of the State of Israel. Israeli law allows Jews to reclaim Jewish-owned property in East Jerusalem from before 1948.

Disputes over land ownership lie at the heart of Israeli-Palestinian tensions, often leading to protests and violence in East Jerusalem and the West Bank. UN Middle East envoy Tor Wennesland called the situation in Sheikh Jarrah “worrying,” and urged Israel to end evictions of Palestinians and the demolition of their homes.

Israeli media reported that left-wing groups and Arab activists from other regions are expected to protest against Jewish settlements in East Jerusalem later on Friday. Muslims will also attend the final Friday prayers of the month of Ramadan in Jerusalem’s Old City amid a heavy police presence.