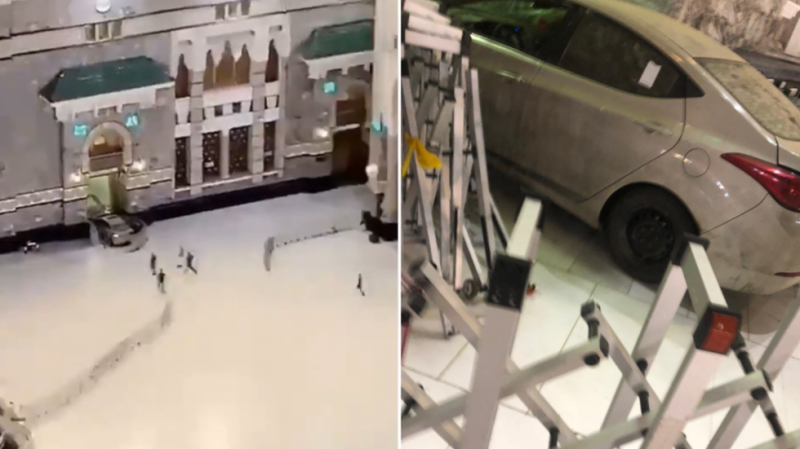 The collision on Friday night saw a driver careen off the road and slam into the mosque – known formally as the Masjid al-Haram – captured in footage circulating online.

According to a representative for the Mecca regional government, Sultan al-Dosari, the car “swerved while moving at a high speed on one of the roads surrounding the southern courtyard of the Grand Mosque” before crashing. “Thankfully, no one was injured,” he added, sharing a photo of the wreck.

Video taken after the collision showed a group of security personnel carting the vehicle away from the crash site as bystanders looked on.

The renowned house of worship resumed public prayer earlier this month following a lengthy hiatus amid the coronavirus pandemic, closing its doors for some seven months. Saudi authorities also permitted citizens to gradually return to performing the Umrah pilgrimage in October, which typically attracts millions of worshipers from around the world to Mecca and Medina, the two holiest cities known to Islam. With the health crisis, however, the number of devotees allowed to visit will be limited to 6,000 per day.