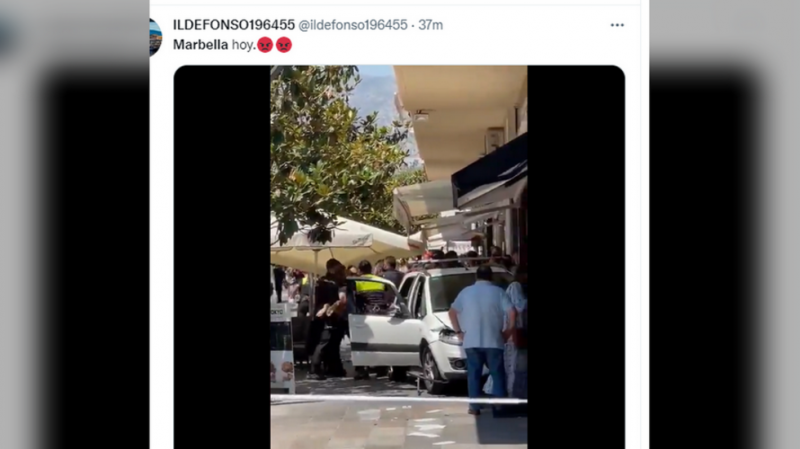 Graphic footage from Monday’s crash site shows wounded people along the sidewalk, overturned chairs and tables, and a small white sedan that apparently came to a stop when it hit a building. Waiters tried to assist some of the victims on the ground. A clip taken from the front side of the car shows tourists standing and watching the shocking scene after police and paramedics arrived on the scene.

The cause of the mid-afternoon crash is unknown, but terrorism, reportedly, isn’t suspected. Police have arrested a 30-year-old local man who was driving the car with his parents on board, and he tested negative for alcohol and drugs, the El Espanol newspaper reported.

Raul Morote, whose family owns several restaurants in the area, told the Associated Press that the cafes were packed with customers having lunch when the crash occurred. “The car was zigzagging and sweeping away everything,” he said.

Brits and other tourists have flocked to the Costa del Sol, which features 27 kilometers of sandy Mediterranean beaches, since Spain lifted restrictions on travelers in May. And effective on Monday, travelers no longer needed to go through quarantine upon returning to the UK.