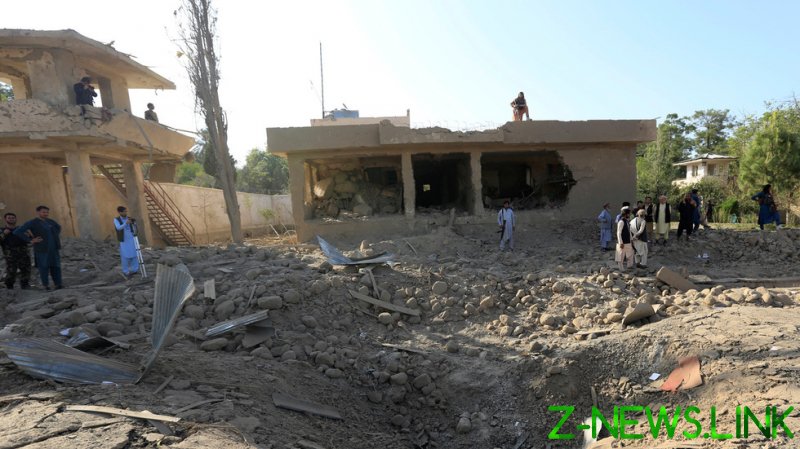 The administrative building located in Ghani Khel district was hit by a vehicle-borne bomb on Saturday. The building was housing some military facilities as well, local authorities said.

Footage from the scene indicates that the building was effectively reduced to rubble during the attack. The bomb left a large crater next to it, while multiple road vehicles were left mangled by the explosion.

The car bombing appeared to be a prelude for an attack by a group of gunmen, yet they were handled by security forces shortly afterwards, Nangarhar governor’s spokesman Attaullah Khogyani told AFP.

“As a result, 13 civilians including one woman and four children were killed. Two members of security forces were also killed,” he said. More than 50 people were injured during the attack.

No group immediately claimed responsibility for the blast. The attack comes as envoys of the Afghan government and Taliban militant group continue their talks in the Qatari capital Doha after weeks of difficult negotiations over prisoner swaps. The talks remain in very early stages and so far have not led to any comprehensive ceasefire deal.