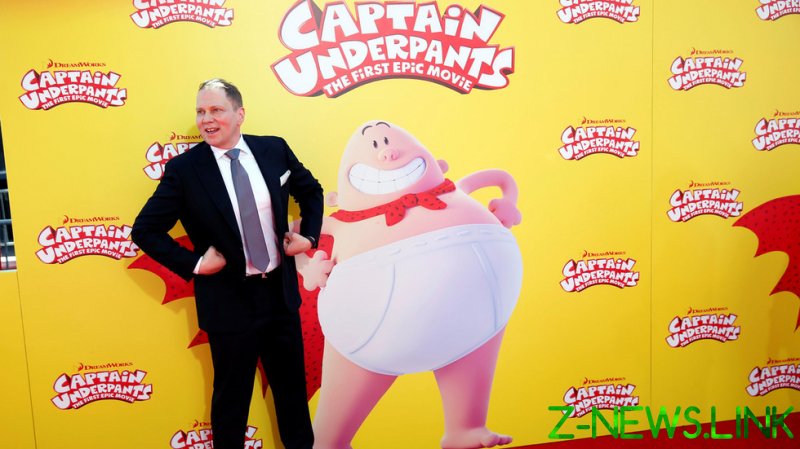 Pilkey has begged forgiveness for “The Adventures of Ook and Gluk: Kung-Fu Cavemen from the Future,” a book he wrote in 2010 that “intended to showcase diversity, equality, and non-violent conflict resolution,” on Sunday as his publisher Scholastic announced the book was being pulled from store shelves.

Apologizing that the book, a spinoff of his hugely popular Captain Underpants series, “contains harmful racial stereotypes” that are “wrong and harmful to [his] Asian readers,” Pilkey apologized for the story’s “passively racist imagery.” Clearly fantastical in nature, the narrative tracks two friends from 500,001 BC to 2222 AD, where they meet a martial arts teacher and learn kung fu and Chinese philosophy.

A recalcitrant Pilkey has announced he plans to donate both the book’s advance and the royalties he received to groups focused on stopping anti-Asian violence and promoting diversity in children’s books and publishing. The books are not only being cut from Scholastic’s catalog; along with the author, Scholastic is “actively working to remove existing copies from retail and library shelves.”

“Together, we recognize that this book perpetuates passive racism,” Scholastic said in a joint statement with Pilkey, adding, “We are deeply sorry for this serious mistake.”

In a tone less suited to children’s book publishing than hostage negotiations, the publisher continued, “Throughout our 100 year history, we have learned that trust must be won every day by total vigilance. It is our duty and privilege to publish books with powerful and positive representations of our diverse society, and we will continue to strengthen our review processes as we seek to support all young readers.”

Young readers have been subject to increased scrutiny in recent months as the amorphous “anti-racism” movement shifted focus from college to the cradle. Dr Seuss Enterprises recently kicked off the current moral panic surrounding ostensibly bigoted children’s books, removing six of the famous author and illustrator’s opuses from its catalog for supposedly portraying people “in ways that are hurtful and wrong.”

A surge in concern over anti-Asian racism followed a multi-site mass shooting in Atlanta earlier this month. While the culprit, who targeted massage parlors, blamed his alleged sex addiction, the carnage was quickly blamed on racism, as six of the eight victims were Asian. Another shooting days later at a supermarket in Boulder, Colorado was also initially blamed on white supremacism, though the story fell sharply in media interest when it was discovered the shooter was born in Syria.