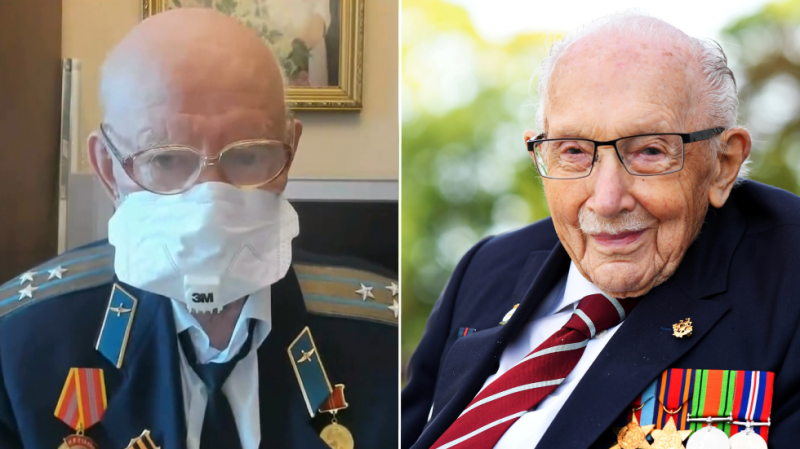 Back in my youth, soldiers tended to be neither seen nor heard, and, apart from on Remembrance Day, much the same could be said of military veterans. In those days, just about any man aged over 50 had served in the armed forces during the Second World War. When almost everybody has worn a uniform, it’s hard to claim that doing so makes you special.

That began to change about 20 years ago. Veterans from the conflict became a rarer and rarer species, and, consequently, were increasingly viewed as deserving of unique respect. Meanwhile, in the US and Britain, albeit to a lesser extent, the War on Terror brought with it demands to “support our troops” and a desire to shower a whole bunch of privileges on men and women in uniform.

As a former army officer, I have always found this a little creepy. Soldiers aren’t a morally superior species – some of them are good, some of them are bad, and most are like the rest of us, somewhere in the middle. The elevation of military personnel into God-like figures can have a negative effect, militarising society and enabling those in power to silence those who object to their nation’s wars by accusing them of lacking respect for the country’s “heroes”.

This opinion is rather against the current grain. Moreover, two cases from Russia and the United Kingdom suggest that the opposite view has the heavy weight of the law behind it.

In case number one, Navalny, who was recently imprisoned for almost three years, reappeared in court to defend himself against a claim that he had defamed a Second World War veteran. The veteran in question, Ignat Artemenko, had appeared in a video to support proposed amendments to the Russian constitution, and Navalny had put out a message on Twitter calling those who appeared in the video “corrupt stooges”, “people without conscience” and “traitors”.

Because of this, Navalny is now facing charges of criminal defamation, specifically of violating Article 128.1, Section 2 of the Russian criminal code. On the opening day of his trial, he responded to the charge by calling Artemenko a “puppet”, and claiming the process against him was political and a “PR trial”.

One might consider the situation in which Navalny finds himself a strange product of the Russian political system were it not for case number two. This is surprisingly similar. On Monday, police in Scotland declared that they had arrested an unnamed man for having posted an offensive tweet about a Second World War veteran, Captain Sir Tom Moore.

Captain Tom, as he was popularly known, had become a popular hero in the United Kingdom, having raised millions of pounds for the National Health Service, at the age of 100, by taking walks around his garden. What makes the case particularly strange is that Captain Tom died a little over a week ago. The man charged with insulting him is thus accused of defaming a dead man.

The parallels between the two cases are uncanny, but not entirely coincidental. They reflect what one might call the ‘post-imperial complex’ that besets both the United Kingdom and the Russian Federation. (The US – another country that venerates the military – might be better accused of having a current imperial complex.) Seeking to explain Russian President Vladimir Putin’s popularity, numerous journalists and academics have accused him of deliberating stirring up nationalist memories of the Second World War (or the Great Patriotic War, as Russians refer to it), emphasising in the process the concept of Russia’s military grandeur.

A notable example was a book by the Guardian’s former correspondent in Russia, Shaun Walker, with the title ‘The Long Hangover’. The basic thesis of this was that the root of Russia’s problems lies in its inability to face the terrible truths of its communist past – an inability that, in turn, has its roots in the association of Soviet rule with victory in the Great Patriotic War. Celebration of the war, in Walker’s argument, thus lies at the heart of what he considers Russia’s undemocratic, illiberal, and stagnating society. As a Brit himself, Walker may, of course, have been projecting onto his subject some issues carried over from his homeland.

Many Russian liberals feel the same way. Russia’s problems, they feel, derive from the continued existence of the so-called “Soviet man”, who comes with a host of psychological failings that make him incompatible with a modern, liberal society. If such a society is to be created, the Soviet man must be destroyed, which means the mythology that supports him – most notably the mythology of the war – must be destroyed too. Navalny’s attack on Artemenko thus fits into a certain pattern.

There may indeed be something to all these complaints about the obsession with past military glories. But it is hardly a uniquely Russian phenomenon, as the British glorification of Captain Tom rather shows. If victory over fascism is a central myth of modern-day Russia, so, too, is the image of 1940 to contemporary Britain – the myth of Britain standing alone against the forces of Nazism.

Russia’s relationship with its past isn’t, therefore, that unusual. In fact, one might almost say it is normal. That doesn’t mean it’s necessarily healthy, but it’s normal nonetheless, and it’s quite possible for a society to have a similar view of its past and be a successful, wealthy liberal democracy. People looking for the roots of the country’s political, economic and social problems thus need to look elsewhere.

So, too, do Russian oppositionists. In an effort to deprive the state of its legitimacy, they have taken to attacking things that most of the population consider sacred. In the process, they have discredited themselves. If they want to succeed, they need to find a better target.