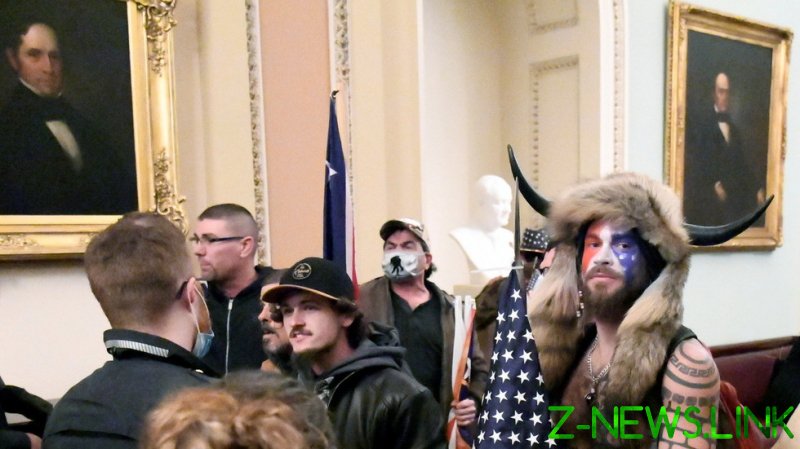 During the ‘Axios on HBO’ interview, which aired on Sunday, Stoltenberg said he regarded the Capitol storming “as an attack on the core democratic institutions of the United States and therefore also on core values of NATO.”

Despite his concern over the incident – in which supporters of former President Donald Trump forcefully entered the Capitol building in protest of Joe Biden’s election victory, which they alleged to have been rigged – Stoltenberg said he was “confident that our biggest ally” would “remain a strong democracy.”

The secretary general, who also served as prime minister of Norway, defended his statement by arguing that the US “has been through difficult times, crises, before and always come out on the other end with a strong commitment to democratic institutions.”

Stoltenberg’s comments were ridiculed online, with social media users questioning whether NATO would “send drones” to attack the Americans involved in the storming.

Former Portuguese Secretary of State for European Affairs Bruno Maçães tweeted that it was “strange” that NATO’s Article 5 “was not triggered,” while another person quipped about the alliance’s “core value” to attack its adversaries.

Stoltenberg has previously condemned the January 6 storming of the Capitol, calling it a “shocking” attack on the US’ democratic institutions.