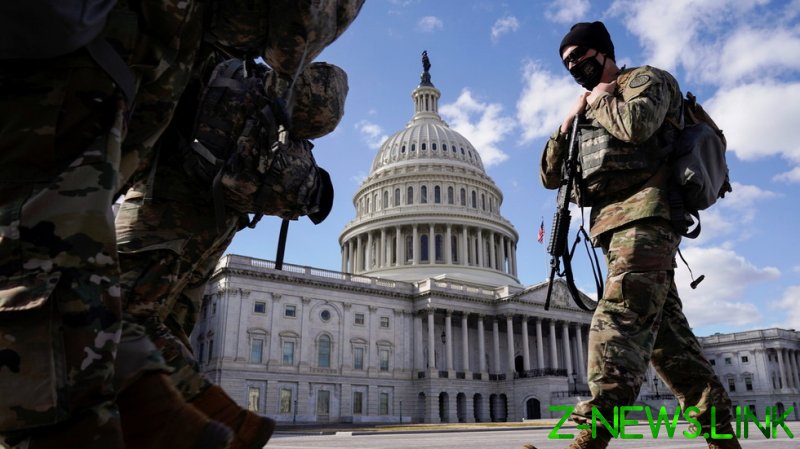 Commissioned by House Speaker Nancy Pelosi following the Capitol riot and published on Monday, the security review pointed to major shortfalls at the complex and the surrounding National Capital Region, including issues with police staffing, training, planning and equipment. The review also found the facility itself could be improved with a permanent “mobile fencing option” to replace the temporary metal barrier currently ringing the Capitol.

“As the [temporary] fencing comes down, we recommend it be replaced with a mobile fencing option that is easily erected and deconstructed and an integrated, retractable fencing system in the long term,” the report said, adding that “Such a solution could enable an open campus while giving security forces better options to protect the complex and its members should a threat develop.”

Conducted over six weeks by a 16-member team led by retired Lieutenant General Russel Honore, the review also found that the Capitol police were “understaffed, insufficiently equipped and inadequately trained” during the riot, suggesting the force add some 854 new staff to remedy “personnel shortfalls.” The new hires would fill gaps for regular officers, intelligence specialists, operational planners, supervisors and trainers, among other roles.

Pointing to a “slow and cumbersome” decision-making process for the Capitol police leadership, Honore’s team recommended the creation of a “quick reaction force” within the DC National Guard or a federal agency, which could be rapidly activated in the event of a crisis. Along the same lines, it also proposed a new “emergency authority” for the DC National Guard commander to deploy forces without authorization during “extraordinary” circumstances.

In addition to proposed remedies within police and security agencies, the review also said the Capitol itself must develop a “fully integrated” system of surveillance cameras, sensors and alarms, noting that the measures currently in place are somewhat disjointed and unable to operate in tandem. Visitors to the complex must be subjected to greater scrutiny with increased background checks as well, it said.

Despite the at-times blunt criticisms of law enforcement’s shortcomings, the Capitol police issued a statement later on Monday largely agreeing with the review’s findings, saying “We believe enhancements to the Capitol complex’s physical infrastructure are required” and that the department also needs to “increase our manpower and overall response capabilities.”

The recommendations from Honore’s taskforce come days after the Capitol police requested a 60-day extension to a National Guard deployment in DC, citing a “possible plot” by a militia group to take over the building. While more than 5,000 troops currently stationed there are set to return home later this week, police have asked that some 2,200 Guardsmen be retained in the city until May. Around 20,000 troops were initially deployed ahead of Inauguration Day, but the presence has since been scaled back.

The supposed “militia plot” also prompted lawmakers to cancel a House session last Thursday, though police gave few details on what the planned invasion might have entailed. Apparently not sensing the same level of danger, however, senators met for their session in the Capitol as usual and the threat never materialized.