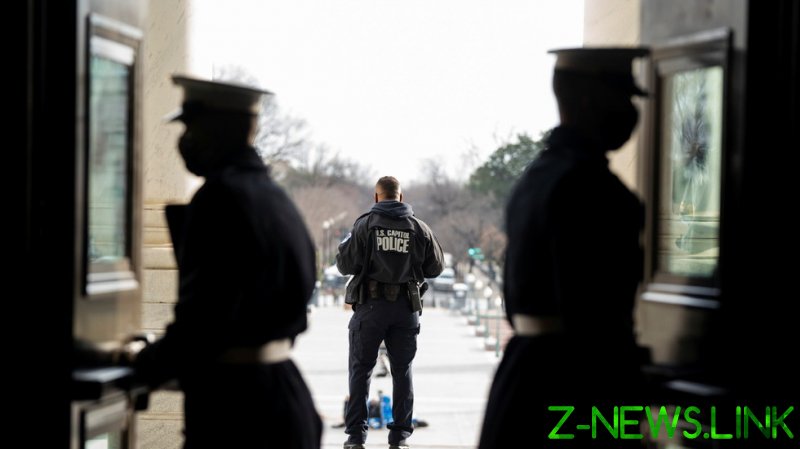 A House staffer noticed a printed copy of the ‘Protocols of the Meetings of the Learned Elders of Zion’ laying on a desk near an entrance of the Longworth House Office Building on Sunday night, snapping a photo of the find before passing it to the Washington Post, which was first to report the story. The Post then submitted the image to the Capitol Police, which vowed to investigate.

“We take all allegations of inappropriate behavior seriously,” Acting Chief Yogananda Pittman said in a statement.

The unbound document appears to have been printed page-by-page and is dated January 2019, the Post reported, noting it was likely downloaded from the website of the Bible Believers Church, a group based in Australia known for distributing anti-Semitic texts, such as the ‘Protocols’ and Henry Ford’s ‘The International Jew.’

The ‘Protocols’ doc is believed to have originated in the Russian Empire in the early 20th century and describes an alleged Jewish plot for world domination. It is now widely regarded as a forgery, plagiarized and doctored from a number of earlier texts, but has nonetheless been translated into several languages and distributed widely around the world since it first emerged.

The FBI came under fire last summer after the Bureau’s “Records Vault” Twitter handle shared a copy of the ‘Protocols’ without context, with some critics taking the post as an endorsement of the intensely anti-Semitic pamphlet. The FBI later clarified that the text was unwittingly shared “via an automated process,” adding “we regret that this release may have inadvertently caused distress among the communities we serve.”