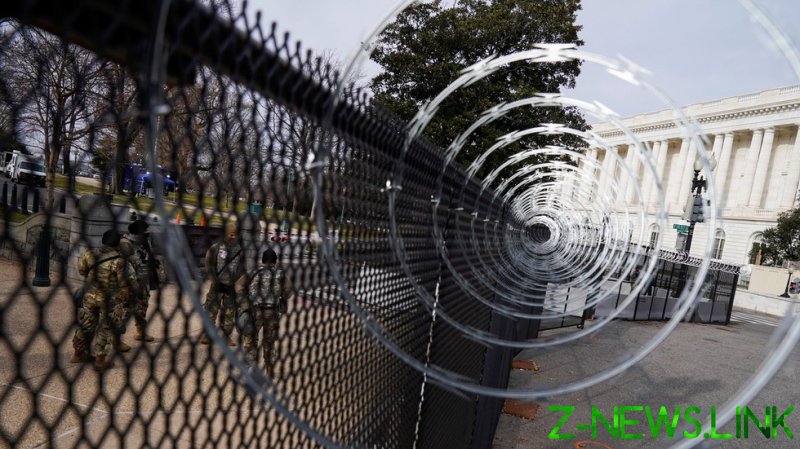 Washington, DC is locked down: 25,000 National Guardsmen are patrolling its streets, and a razor wire fence has been installed to keep the public away from the US Capitol, ahead of Joe Biden’s high-security inauguration on Wednesday. Security around the building was beefed up following the pro-Trump riot at the Capitol earlier this month, but if one Democrat lawmaker gets his way, some of the changes are here to stay.

Freshman Rep. Ritchie Torres has introduced a bill that would “direct the Architect of the Capitol to design and install an appropriate fence around the perimeter of the United States Capitol, including the East Front and the West Front.”

Torres was elected in November to represent New York’s 15th Congressional District, and the “first gay Afro Latino” in Congress has since sponsored a slew of  bills, including measures to grant statehood to Washington, DC, to impeach President Donald Trump, to move toward granting reparations to African Americans, and to establish a commission to “investigate the seditious attack on the United States Capitol.”

The proposal – which attempts to revive a previously rejected scheme dubbed the ‘Capitol Gateway Plan’ – was met with skepticism by netizens, some suggesting the ramped up security perimeter would turn “Capitol Hill into a supermax” prison. “Notice the fence to keep people in, not out,” one joked.

Others saw hypocrisy in Torres’ plan, recalling that, for many Democrats, proposals for a border wall between the US and Mexico were deemed “brutally repressive in 2017,” yet suddenly became a “matter of urgent national security in 2021.”

The intense security measures around the nation’s capital following the violent disturbance on January 6 have drawn comparisons to a theater of war, with the Secret Service even dividing the city into “Green” and “Red” zones, reminiscent of the heavily fortified area in Baghdad set up to ward off suicide bombings after the US invasion of Iraq.