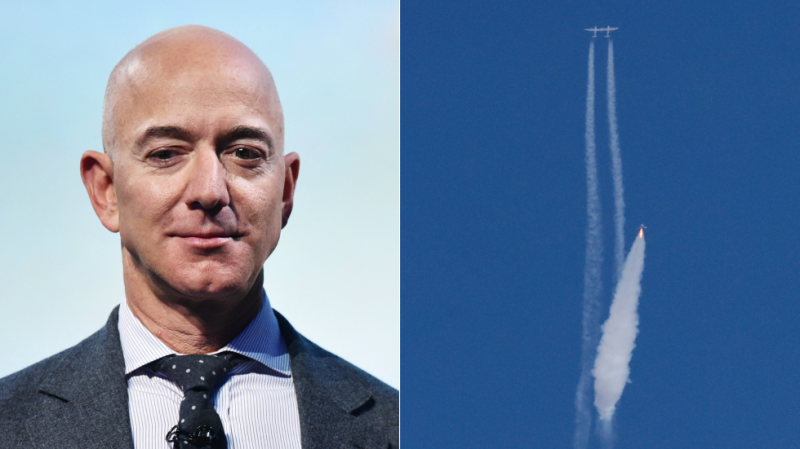 “Congratulations on the flight,” Bezos wrote on Instagram to Branson and his crew following their successful flight to space and return to Earth on Sunday.

Bezos added that he “can’t wait to join the club.”

Branson made his way to suborbital space on the Virgin Galactic Unity 22 spaceplane from New Mexico, and he was accompanied by fellow passengers Sirisha Bandla, Colin Bennett, and Beth Moses.

Branson’s trip was seen by many as a slight victory over Bezos, who has made similar investments in technology and is set to make his own trip to space on July 20.

Despite the praise, Bezos’ Blue Origin claimed Branson’s flight does not actually count as going to space because it does not pass the Karman line, considered to be the boundary between Earth and space at 100 kilometers (or about 62 miles) above sea level.

Asked directly last month on CNBC if he was “trying” to beat Bezos into space, Branson mockingly replied, “Jeff who?”

Branson also received congratulations on Sunday from fellow billionaire and space enthusiast Elon Musk, who had earlier wished Branson “godspeed” before his trip.

Sunday’s test flight will potentially be the first of many, with Branson planning on Virgin Galactic taking passengers to space for hundreds of thousands of dollars.