Home / WORLD / Can’t wait for her ‘I Have a Dream’ speech! Kamala Harris accused of STEALING story from Martin Luther King in magazine interview

Can’t wait for her ‘I Have a Dream’ speech! Kamala Harris accused of STEALING story from Martin Luther King in magazine interview 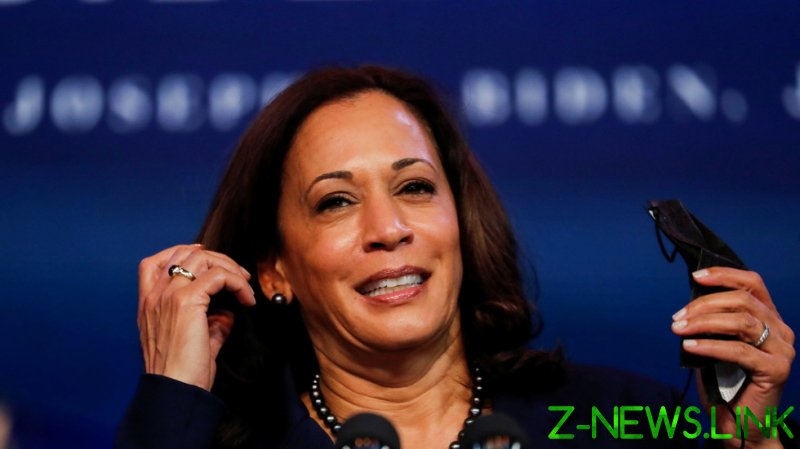 The apparent plagiarism was noticed on Monday, with netizens pointing out that during an interview with Elle magazine over the fall, Harris told a story that is nearly identical to a memory shared by Dr. King some 56 years ago in a sit-down with Playboy.

While speaking with Elle in October, Harris relayed what she claimed was a personal tale from her youth, explaining that during the first civil rights march she attended as a young child, she was separated from her parents after falling out of her stroller.

“My mother tells the story about how I’m fussing,” Harris told the magazine. “And she’s like ‘Baby, what do you want? What do you need?’ And I just looked at her and said: ‘Fweedom.’”

However, observers noticed the story has unmistakable similarities to an anecdote told by King during a 1965 Playboy interview – namely a young girl’s endearing mispronunciation of the word “freedom” at a civil rights rally.

“I never will forget a moment in Birmingham when a white policeman accosted a little negro girl, seven or eight years old, who was walking in a demonstration with her mother,” King told Playboy’s Alex Haley.

Moreover, it turns out Harris did not confine the story to her interview with Elle, telling the same anecdote in print on a number of other occasions, including in two different books.

Some high-profile tweeters, such as conservative-leaning actor Nick Searcy, blasted the future VP, calling her apparent anecdotal appropriation a “disgrace to the legacy of Dr. King,” while metal musician Phil Labonte said Harris is “every bit as full of s**t as Trump.”

“How low, how venal, how completely lacking in integrity do you have to be to steal a story from MLK, of all people?” another netizen asked.

Others drew comparisons to Harris’ fellow Democratic pols, one noting that her running mate Joe Biden, now the president-elect, has also come under fire for multiple allegations of plagiarism over the decades, suggesting the two “went to plagiary school together.”

Failed 2016 presidential candidate Hillary Clinton also was not spared mockery, with another commenter recalling a story she told about NASA in 2019 – alleging the space agency responded to a letter she wrote as a child and told her they “weren’t taking girls” – deemed dubious by critics.

While many roasted Harris for the ostensible plagiarism, some attempted to reconcile her story with King’s, suggesting, jokingly, that Harris was the very same “little girl” the civil rights leader referenced in 1964.

“Actually Martin Luther King made it up. He knew she was coming along at some point and it would happen to her. And she knew too. Simple,” another netizen joked.

However, one keen observer shot back that the theory “doesn’t exactly add up,” given Harris’ age and the year King told his anecdote.