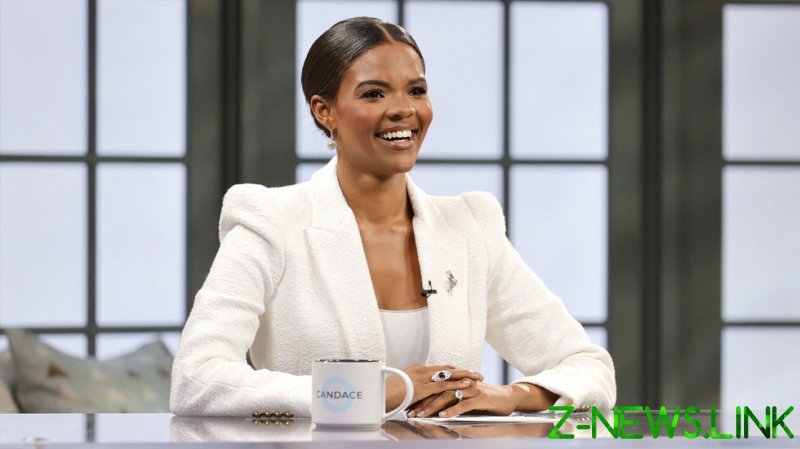 The bold and harshly-worded take on Biden and Putin, which Owens asked her Twitter followers to share, came after the two world leaders exchanged ‘pleasantries’ through the media this week.

Things kicked off when Biden called Putin a “killer” in an interview and promised that the Russian would “pay a price” for allegedly interfering in the 2020 US presidential election. Putin responded by wishing Biden good health (unironically, Putin stressed) and challenging the US president to a public debate on issues dividing the two nations.

Unsurprisingly, the White House rejected the call, which Candace claimed was done “for obvious mental health reasons,” referring to what many conservatives perceive as a decline in Biden’s energy and wits.

“I would like to publicly invite Vladimir Putin to sit down with me for a wide-ranging interview,” Owens wrote.

The online reaction to her tweet was as divided as one could expect in the confrontational political world of present-day America. Outraged commenters told her to go see a therapist or wondered if the post came from a parody account.

Fans joined in her dunking on Biden or cheered in anticipation of a possible Putin interview.

Owens is not the only US celebrity who recently made a Twitter bid to secure a one-on-one with Putin. Last month, billionaire Elon Musk asked the Russian president to join him at the audio chat app Clubhouse for a conversation. The Kremlin did not take Musk up on the offer, however.