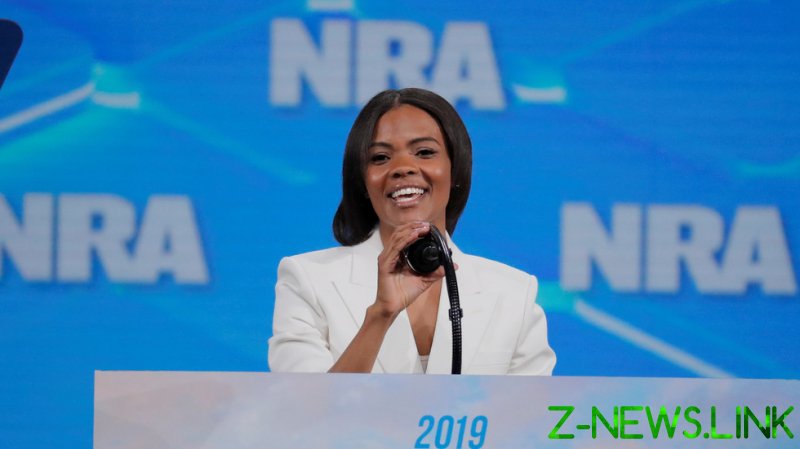 “Yesterday, I learned about missing white woman syndrome,” Owens said on Wednesday in a Twitter post, referring to the line Reid used in complaining about overheated media coverage of Petito’s disappearance. “Can someone let me know what syndrome it is that causes us to ignore every white person that is killed by a police officer but demands that we burn cities across the world to the ground for thugs like George Floyd?”

The comment drew both cheers and pushback, as many of Owens’ 2.9 million Twitter followers praised her insight while critics accused her of wishing she was white or unfairly disparaging Floyd, whose May 2020 death in Minneapolis police custody set off a wave of riots.

The latest brouhaha over skin color began earlier this week, after a body found in Wyoming’s Grand Teton National Park was reported to be that of Petito, whose disappearance late last month sparked intense press coverage. There were several potential selling points for the story, such as the 22-year-old Petito’s status as a social media personality and the intrigue over her missing fiancé’s role in the case, but Reid could see only one explanation as to why the media gave the petite blond so much attention.

“The way this story has captivated the nation has many wondering, why not the same media attention when people of color go missing,” Reid said on her show on Monday night. “Well, the answer actually has a name: missing white woman syndrome.”

Reid went on to interview activists with groups that seek more attention for missing black and Native American people, including Lynette Grey Bull, who called it “heart-wrenching” that a missing white woman was able to get so much attention.

Derrica Wilson, co-founder of the Black and Missing Foundation, told Reid, “We have been sounding the alarm for nearly 14 years because of this. When it comes to missing persons of color – men, women and children – our cases are not taken seriously, and no one is looking for us if we were to go missing.”

Reid wasn’t the only media personality to inject skin color into the Petito story. For instance, USA Today columnist Suzette Hackney said the coverage illustrated “systemic” racial bias, and she argued that the families of all missing persons – including those who aren’t “pretty and blonde” — deserve “America’s sympathy and news coverage.” ABC News piled on with the theme of “missing white woman syndrome” on Wednesday.

Likewise, Owens wasn’t the first conservative commentator to accuse Reid and others decrying the focus on Petito’s case of hypocrisy. For example, journalist Cassandra Fairbanks tweeted, “Just say you hate white women already. The people who spammed us with wall-to-wall George Floyd are seriously angry that people care about a murdered white woman.”

But as an outspoken black woman, Owens has made it more awkward for critics to deflect her conservative views as racially motivated. She co-founded a group called Blexit to encourage black Americans to quit the Democratic Party. Nevertheless, like failed California gubernatorial candidate Larry Elder, who also is black, she has been accused of being a white supremacist.

Author Kim Aaron argued that Owens was merely trying to get attention for herself with her take on “missing white woman syndrome.” Replying to Owens’ question, she said, “Yes, that is called you saying anything for social media engagement, no matter how awful it is.”