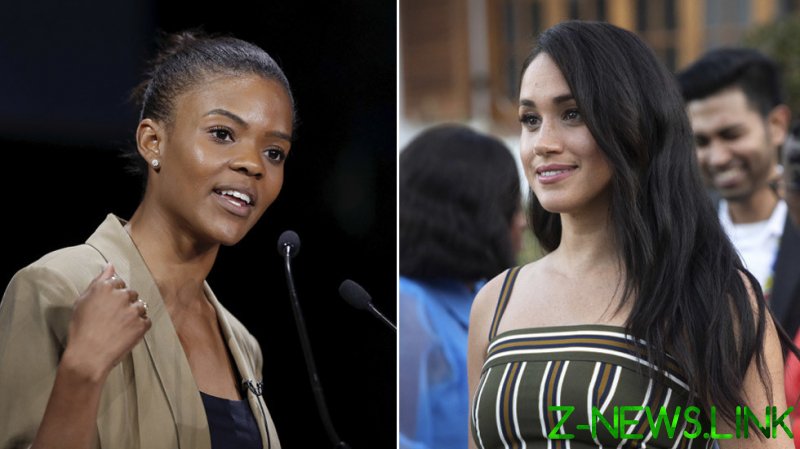 During a Wednesday appearance on Fox News with Sean Hannity, Owens claimed Morgan “was all of us when he was dressing down Meghan Markle and calling her out on the blatant lies that she’s told.”

Owens claimed Markle “can’t even keep her story straight” and questioned how the press could take such a toll on the Duchess of Sussex’s mental health when she previously claimed not to read it.

The conservative firebrand also doubted Markle’s allegations of racism from the Royal Family, saying: “You look at her and you would not be able to discern, just by looking at Meghan Markle, that she’s black.”

She also rejected Markle’s claim that her son Archie Mountbatten-Windsor, had experienced racism, commenting, “If you see a picture of Archie and you believe that he’s suffered anti-black racism, then I’m a Nigerian prince and give me your credit card details.”

Owens accused Markle of attempting to have Morgan fired and his “voice silenced,” branding the Duchess a “leftist narcissist.” The exact details of Markle’s complaint have not been made public, however.

Morgan, who had co-hosted ITV’s Good Morning Britain since 2015, parted ways with the show on Tuesday after he controversially declared he didn’t “believe a word” Markle said during her bombshell interview with Oprah Winfrey. The following day he stormed off the set after colleague Alex Beresford criticized his response.

Morgan stood by his comments in a statement of his own on Wednesday, tweeting, “Freedom of speech is a hill I’m happy to die on.”

Markle was not the only person who complained about Morgan’s comments. Over 41,000 complaints were made to Ofcom in the UK, prompting the regulator to open an investigation.