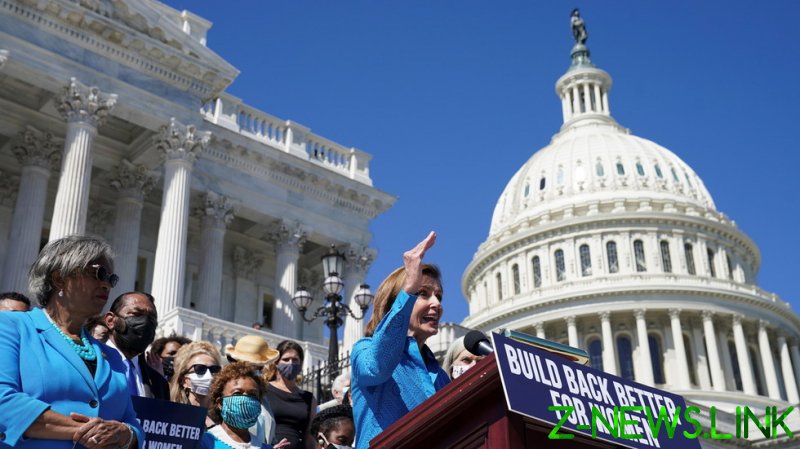 In all, the spending package – one part of the Biden administration’s ‘Build Back Better’ program – uses the word “mother” three times and the word “maternal” 50 times. Meanwhile, the word “women” appears on 20 occasions in a number of contexts, including domestic violence, business ownership, health insurance and maternity-related concerns.

However, it also mentions the phrase “pregnant, lactating, and postpartum individuals” in 11 instances when focusing on maternal health conditions and concerns – with the individual descriptor terms making more appearances throughout the 2,465-page document.

In addition, there also appears to be inconsistent usage of gender-specific and non-gendered language. For instance, the phrase is used as a whole some four times in Section 31045 of the bill, which deals with “funding for maternal mental health equity grant programs.”

The Democrats’ use of ‘inclusive language’ marks a departure from the party’s recent Women’s Health Protection Act, which was passed by the House of Representatives last week. The legislation does not include gender-neutral references, and instead uses the terms “woman” and “women” once and 15 times respectively when discussing reproductive issues, pregnancy and abortion.

But it does note that the terms ‘woman’ and ‘women’ were used to “reflect the identity of the majority of people targeted and affected by restrictions on abortion services.” Besides stating that access to abortion services was “critical to the health of every person capable of becoming pregnant,” the act was “intended to protect all people with the capacity for pregnancy – cisgender women, transgender men, non-binary individuals, those who identify with a different gender, and others.”

A similar situation played out in June with the Biden administration’s budget proposal for 2022 drawing controversy over the use of the phrase “birthing people” instead of mothers in a portion that deals with maternal mortality rates.

The section begins by using the gender-specific terms “maternal” and “women of color” to note that the US has the “highest maternal mortality rate among developed nations” but then switches to the term “birthing people” when allocating over $200 million to tackle the issue. As well, that funding includes investments to “implement implicit bias training for healthcare providers.”

In response to the non-gendered language in the infrastructure bill, the majority of social media users criticized the Democrats for being “attached to group/identity politics,” with several people accusing them of attempting to “erase” and “cancel” women. One person suggested using the term “generic meatsack” would be “progressive enough.”

“If you call me a ‘birthing person’ or ‘pregnant person,’ I don’t trust you with my health,” tweeted conservative commentator Katie Pavlich.

A number of commenters questioned what the equivalent terms for men would be, while others wondered what would happen “when a non-birthing person decides to identify as a birthing person.”

But a few users defended the usage, with one person shrugging off the controversy since “Republicans view women as nothing more than an incubator.”