Home / WORLD / Canceling their own? NYT’s lead Covid-19 reporter resigns after reprimand for use of ‘N-word’ fails to appease co-workers

Canceling their own? NYT’s lead Covid-19 reporter resigns after reprimand for use of ‘N-word’ fails to appease co-workers 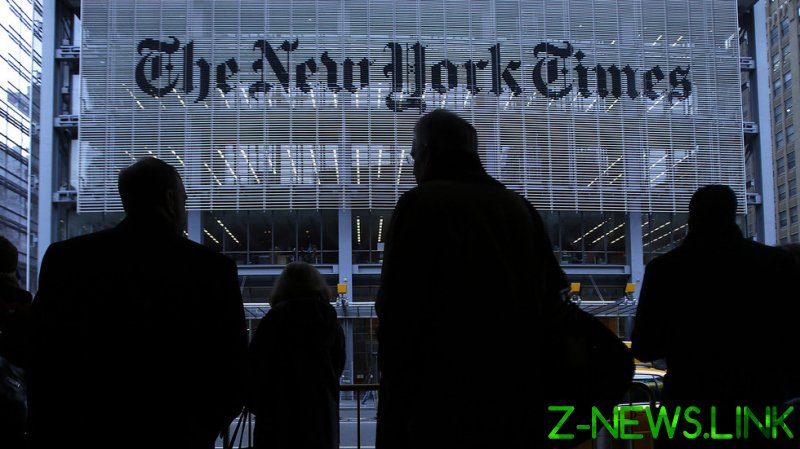 The episode began when a student on a Times-sponsored trip to Peru in 2019 asked McNeil whether he thought her classmate should be suspended for using a racial slur on a video made years earlier. The reporter, who was on the trip as an expert to inform the students, repeated the slur when asking the girl about the context in which it had been used.

Allegations regarding McNeil’s conduct on the trip recently came to light, and Times management last week decided on an undisclosed punishment but stopped short of firing him because his use of the N-word wasn’t hateful or malicious. “He was formally disciplined,” editor Dean Baquet reportedly said in a message to Times staffers. “He was not given a pass.”

More than 150 employees responded by sending a letter to management on Wednesday making additional allegations of bias against McNeil and demanding action. “Our community is outraged and in pain,” staffers said.

McNeil, whose coverage of the Covid-19 pandemic has been nominated for a Pulitzer Prize, wrote a letter of apology to co-workers and resigned. The 66-year-old reporter had been at the newspaper since 1976.

“Originally, I thought the context in which I used this ugly word could be defended,” McNeil said in the letter. “I now realize that it cannot. It is deeply offensive and hurtful. The fact that I even thought I could defend it itself showed extraordinarily bad judgment.”

Bacquet told staffers on Friday that “we do not tolerate racist language, regardless of intent.” And yet, the Times stood by its decision to hire Sarah Jeong to its editorial board in 2018 after it came to light that she had posted racist anti-white messages on social media, including use of a Twitter hashtag “#CancelWhitePeople.”

The Times has had a string of controversial departures in the past two weeks. The newspaper fired an editor, Lauren Wolfe, who posted a social media message last month saying that seeing the arrival of Joe Biden’s plane the day before his inauguration as president gave her “chills.”

And on Friday, Times audio producer Andy Mills resigned after he was accused of sexual harassment. The allegations dated back to 2013, three years before Mills joined the Times, and surfaced after the newspaper’s “Caliphate” podcast was found to have been based on a fabulist posting as an ISIS murderer.

Mills said in a resignation note posted on his website that allegations against him on social media escalated “to the point where my actual shortcomings and past mistakes were replaced with gross exaggerations and baseless claims.” The story painted Mills as a symbol of “larger societal evils,” and when even co-workers at the Times took part in the online public-shaming campaign, he said he decided to quit.

While some Twitter users criticized the Times for its treatment of employees targeted by the angry mob, particularly in the case of McNeil, others found irony in the staff turning on itself.