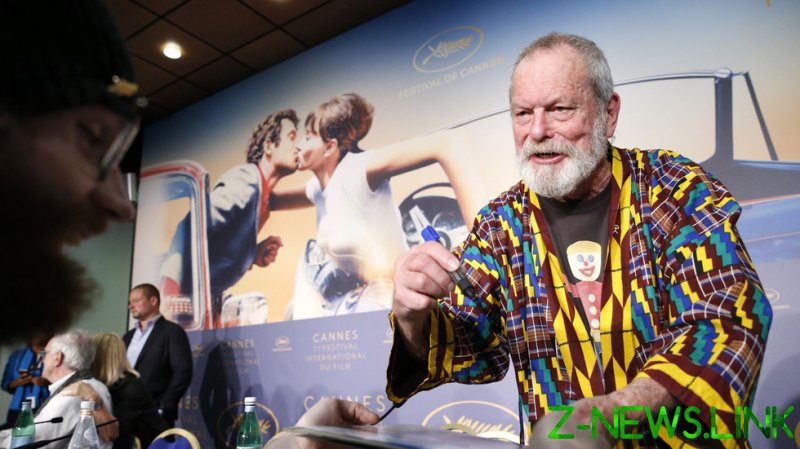 In an announcement on Monday, Gilliam said his production of the Stephen Sondheim musical, which he is co-directing, would be opening in August at the Theatre Royal in Bath.

The play was previously going to be hosted by the Old Vic, but it was canceled last month after protests from theater staff, who had argued that the ‘12 Monkeys’ director did not fit the company’s “culture and values.”

Gilliam, once a member of the legendary ‘Monty Python’ comedy troupe, has ruffled the feathers of the woke in the past, joking in 2018 that he identified as a “black lesbian” and later complaining the #MeToo movement was targeting “decent people” with its “mob mentality.” The Old Vic itself was in the spotlight at the height of the #MeToo movement in 2017, after its then-artistic director, Kevin Spacey, was the subject of multiple accusations of sexual misconduct, some of which occurred during his tenure at the theater.

Gilliam was also lambasted for recommending his fans watch Dave Chappelle’s recent Netflix comedy special – one that has been deemed transphobic by some critics.

“Freedom of Speech is often attacked, but I never imagined Freedom of Recommendation would be under threat as well,” Gilliam opined in his Monday announcement. The Old Vic, he claimed, had been “intimidated” into canceling his production by “a small group of close-minded, humor-averse ideologues.”

The production company Scenario Two said there had been an offer to host ‘Into the Woods’ within hours of the Old Vic’s cancelation. It added that Sondheim, its composer, who died on November 26, had supported Gilliam throughout the entire controversy and would “wholeheartedly approve of the idea of staging it in Bath.”