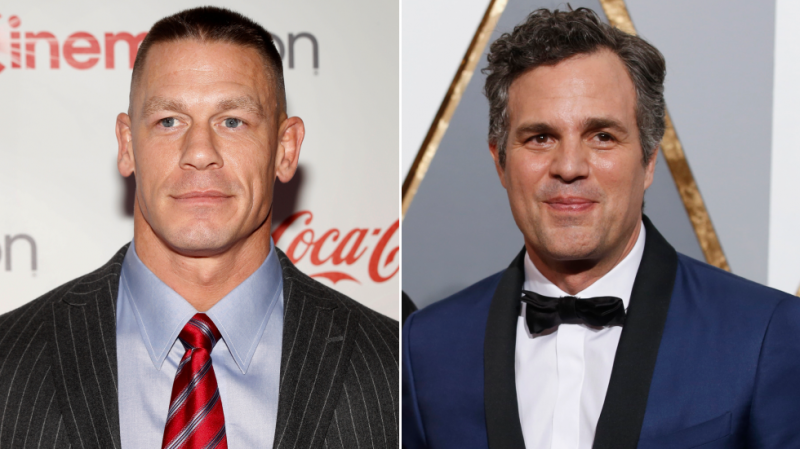 It chills freedom of speech. It shuts down debate. It’s even seen a law student investigated for claiming women are born with a vagina. Cancel culture is seemingly becoming more and more influential with every passing day.

Speeches, comments and interviews are now pored-over by a platoon of keyboard warriors, who can’t wait to pounce on what they deem transgressions.

It leads to scenarios where one person regards something as fair comment, another feels it’s hate speech – and so the hamster wheel spins.

Commonly it ends with someone losing their job or being sanctioned. Passion and agenda fuel much of it, so we end up with bizarre scenarios such as the American academic who’s been placed on leave for using a Chinese expression that sounded like the unpalatable N-word slur.

But even so, cancel culture does give us something we should all be thankful for. As the famous saying goes, it shows, when the tide goes out, who’s been swimming naked.

Recently, while promoting his new blockbuster ‘Fast and Furious 9’ action star John Cena told Taiwanese network TVBS, “Taiwan is the first country that can watch F9.” No problem there, you’d think.Cena stated a fact – Taiwan is indeed a country, it has a democratically elected government, defined borders and their citizens carry a green passport with Taiwan printed on the cover.

But no, his use of the term “country” was problematic and sparked an incredulous reaction from some. So, it was the height of cowardice when, hours later, Cena apologised in Mandarin. He grovelled, “I’m very sorry for my mistakes. Sorry. Sorry. I’m really sorry. You have to understand that I love and respect China and Chinese people.”

Why? Well the fact that China is the biggest movie market on the planet is a major factor, and also the fact that it regards Taiwan as belonging to it. Cena’s movie earned $135 million in China over its opening weekend. Oh, and he also let slip that the next instalment of the franchise will be filmed there.

Predictably, for some zealots his public apology wasn’t enough, with one writing “Please say ‘Taiwan is a part of China’ in Mandarin, otherwise we won’t accept it.”

But Cena isn’t the only famous face to offer up a public reversal. Just look at actor Mark Ruffalo. He’s developed a reputation for backing causes and strongly supports US lawyer Steven Donziger, who’s battling oil corporation Chevron over their alleged pollution in Ecuador.

Despite winning the case, Donziger has been under house arrest in New York and his bid for freedom has been championed by an army of activists.

The actor also garnered acclaim for his portrayal of environmental attorney Rob Bilott in Dark Waters.

The movie depicted a real-life contamination case in West Virginia by chemical giant DuPont. The company claimed the movie was imagined, to which a furious Ruffalo replied, “That statement is outrageous from them. They knew it was poisoning people. They were the ones who had the science. They did the science. They knew. They can’t sit here and say they didn’t know.”

However, Ruffalo’s convictions don’t extend to the Palestinians. At the start of the latest outbreak of violence in their conflict with Israel, he was sympathetic.

He wrote on social media, “Sanctions on South Africa helped free its black people – it’s time for sanctions on Israel to free Palestinians,” and followed up with similar messages.

Then completely out of the blue, Ruffalo rowed back and posted, “I have reflected & wanted to apologize for posts during the recent Israel/Hamas fighting that suggested Israel is committing “genocide”. It’s not accurate, it’s inflammatory, disrespectful & is being used to justify antisemitism here & abroad. Now is the time to avoid hyperbole.”

Firstly, his tweet ignores the fact that one group of people are being subjugated and killed because of their ethnicity. His equating of Israel and anti-Semitism also distorts the argument. Rejecting Israel’s abuse of the Palestinian people does not mean you are anti-Jewish. To suggest otherwise only intimidates anyone from criticising Israel.

Ruffalo changed tack when he felt the heat. There wasn’t the widespread support there is for his environmental crusades, so he ceded to his accusers. Both he and Cena altered their moral compasses because of cancel culture. The threat of losing money, profile, supporters and opportunities drove them to cast aside their morals.

And that’s why we need to appreciate the universal benefit of cancel culture – and that is whether you’re right- or left-wing, it allows no one to hide.

If you challenge something, you have to own it. And if you’re threatened with being cancelled, you have to prove you’re the real deal or you’ll be outed as a wolf in sheep’s clothing.

So, for all those who call for the practice to stop and allow free speech to exist unabated, what about the charlatans who proclaim something and then refuse to stand behind it?

I’d rather deal with honest cowards than brave liars.